EGL is one of the top diamond certifying institutes in the world, frequently put on the same list with GIA and AGS. It’s known as the pioneering organization in diamond grading. Among the revolutionary inventions from EGL, the institution was first to make the change in:

Notwithstanding all these achievements, EGL has a generally bad reputation in the diamond industry, especially compared to GIA certifying. But let’s not take GIA glorification for granted and check in detail whether EGL really fails to maintain the balance between service and science in its routine practice. 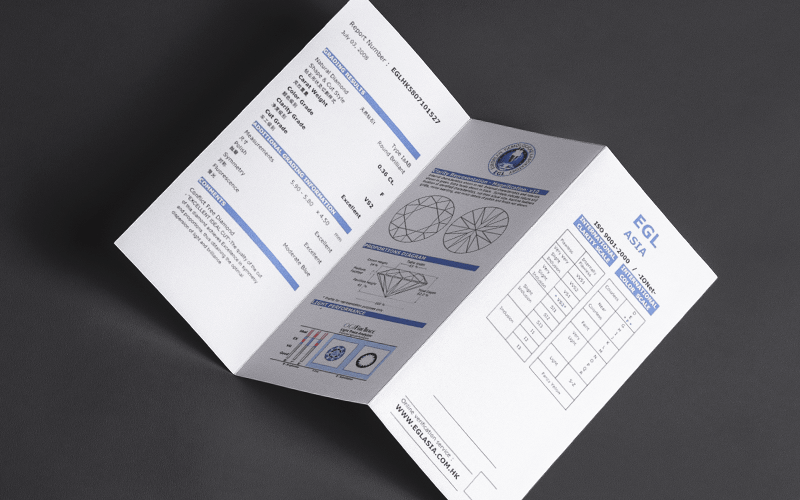 EGL, or The European Gemological Laboratory Organization, is a network of diamond grading laboratories that was founded in 1974 in Belgium. Notwithstanding the decades of experience, EGL certifying is still far from being excellent, especially if to compare its methods with GIA standards. These days, it’s known as a mercantile company. The organization has such a loose reputation because it serves the demand for cheap and fast certification from diamond dealers and doesn’t work as an independent institute (like GIA) that offers unbiased certifying of stones. Notwithstanding, EGL hires leading professionals in gemology and mineralogy. They apply enhanced research methods for graded stones.

EGL is a highly ambiguous grading institution. On the one hand, it offers the maximum speed in certifying stones. Precisely, you can receive your diamond from EGL back within 72 hours. On the other hand, such time-saving has its price: its grading standards are looser than the ones from GIA. Also, this diamond grading institution works bluntly under the money matters. And it stretches a point so that you can even ask for a discount from this seemingly independent third-party certifier (the situation simply impossible for GIA).

There is one more drawback: the global network of EGL laboratories works as an accumulation of independent businesses. This is a severe problem – because as an entity, EGL is incapable of maintaining common values and philosophy in all its local laboratories (and we all know how high and unified are GIA standards, in contrast).

All these factors result in an inconsistent reputation of EGL. Among several EGL brunches, only offices in New York and Los Angeles have a good record on the market (some observers equal their quality to GIA standards sometimes). These laboratories became a popular choice for small diamonds, especially those under 1 carat. On the contrary, EGL Europe and EGL Platinum in Israel (together labeled as EGL International) are loose in prescribing grades. The certificates from other EGL laboratories in South Africa and India also have a doubtful reputation.

In the given circumstances, only EGL USA has a good ground in certifying diamonds.

Which types of certificates do EGL laboratories issue?

In terms of grading, EGL-certified diamonds can be accompanied by different documents that validate their characteristics. In the institution, eight gemologists certify the stone at least. And here are the possible reports they issue:

The exact appearance of certificates may differ from one EGL laboratory to another, but the overall structure remains the same. 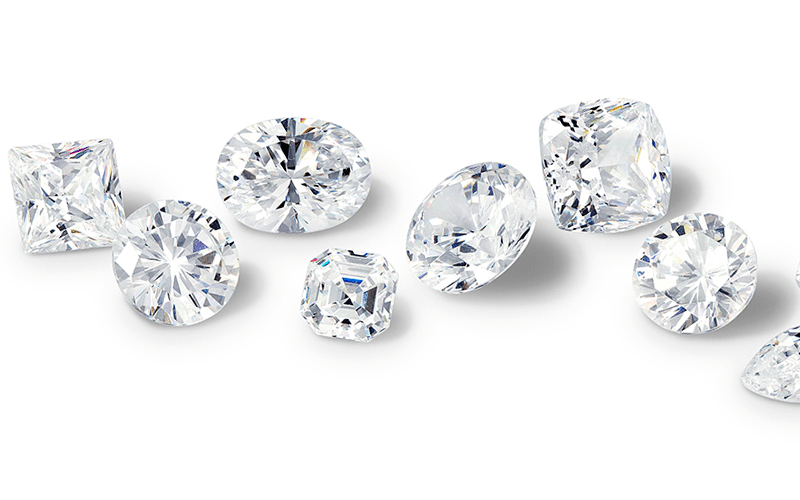 At first glance, everything’s fine. The structure of the EGL certification document is very similar to a traditional GIA report. Also, the approach to carat deliberation of graded stones is identical to GIA methodology. In particular, EGL specialists use calibrated electronic scales for certifying carat number and measuring proportions of a stone.

But there are problems with EGL when it comes to their low-quality standards (set against GIA) and the frequent appearance of upgrades in diamond certifying.

So, if you think you’re getting a great deal when choosing an EGL-certified stone, just compare it to the same jewel with the diamond grades received from another certification institution. You’ll easily see how customers get trapped by disingenuous diamond certification from EGL – after checking against GIA, especially.

Generally, there are two key grading differences between GIA and EGL: clarity and color. On average, the upgrade drawback in a precious stone is 2.5 points up if to compare the same categories in the GIA diamond certificate. The problem with these two elements on paper becomes severe when preferring the grades in the GIA report save you thousands of dollars in practice!

But what’s the root of all these EGL problems? In fact, the overall situation with poor grading is closely linked with diamond trade principles. Since EGL funding heavily depends on the inputs from diamond dealers, the later dictate their rules and tend to pay for a diamond certificate if only see the likable grades for their stone in it. In their turn, GIA specialists do not depend on this type of funding, which helps them maintain their objectiveness.

In terms of equipment to measure the clarity of a stone, EGL and GIA use the same microscope. The correct identification of all the inclusions is the result of the minimum 60x magnification. If some flaws become visible, they appear on the diamond diagram in the certificate for a graded stone.

In evaluating clarity, EGL trumped up the new grade that caused many retailers to rise in applause. That’s SI3, the category that enabled avoiding the strict GIA principle that all the diamonds starting from I1 clarity should be banned from sale. With SI3 clarity invention, EGL simply allowed diamond sellers to put low-quality jewels for sale because now they are in the “not-that-bad” category.

But is it really a problem to add one more clarity grade which GIA failed to notice? Actually, it is. Under I1 clarity grade from GIA, the wide range of diamonds falls – some of them are almost SI2, while other I1 diamonds are clearly not even close to SI2 in appearance. In other words, including SI3 clarity creates the necessary loophole for diamond dealers to sell low-quality stones. And this facilitation doesn’t see the interests of buyers at all. In the given circumstances, GIA recommends not choosing anything under SI1 (from GIA report), if possible.

Finally, EGL is frequently caught on the clarity upgrade. If to compare grades other than SI2 in GIA and EGL reports, you are likely to see the slight upgrade in a later one. So, the problem is not only in the new grade but also in the overall approach to grading. Simply put, EGL makes mistakes GIA would never do.

EGL professionals heavily rely on calibrated lighting while certifying color. Another measuring method used is to compare an analyzed stone with a diamond of a preset color. Notwithstanding the purity of such sizing, some upgrades still appear and break the reputation of this certifying institute.

Actually, there are some objective reasons why GIA is a better choice for diamond certification. Among all, that’s because of its stricter standards to grading stones. Also, GIA takes care of its reputation and doesn’t allow any upgrade to appear. In addition, the GIA institute is not dependent on any major player in the diamond market – and so, it maintains its ability to guarantee a nonbiased certifying of precious stones.

Besides, GIA adopts the top-notch methodology in grading clarity. While other certifying institutes don’t hesitate to play with upgrades, GIA doesn’t allow oneself to make any loose measurement in clarity of a precious stone.

As a result, the reports from GIA turned into a gold standard on the diamond market.

Should you consider a certificate from EGL seriously?

Simply put, EGL certifying methods are good for diamond retailers only. If you’re a diamond buyer, you’d better avoid them at any cost. Merchants will surely enjoy EGL certifying more than GIA methodology due to its speed, cost, and loose approach to grading clarity and color. But as a customer, you should search for a GIA-graded stone to protect your purchase.

EGL became famous for grading only small jewels (less than 1 carat) in the USA and introducing an ambiguous SI3 clarity grade. But the general untrustworthiness of its certificates calls diamond specialists to ban EGL-certified stones from sale if they are not accompanied by a grading report from another diamond certification institute (preferably GIA).

Thus, Diamond Registry experts don’t recommend to save on a diamond certifying. Always ask for a grading report from two reliable institutions: GIA and AGS. If you want to save money, you’d better avoid brand markups than search for cheaper grading alternatives – because that means putting oneself at risk of buying a fake or overpriced stone with an EGL certificate.