Why Are Diamonds Considered Engagement Rings? 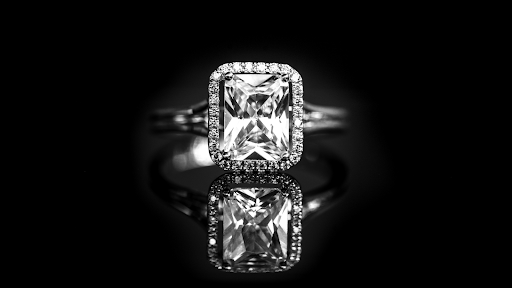 Engagement rings are a well-known custom in our society, and they're a lot of fun! After all, isn't every girl's desire to wake up one day to find the guy she loves has placed a sparkling stone on her finger? However, how frequently do we consider where this custom originated and how it transformed into a spectacular phenomenon?

It's a fascinating topic to consider, and we'll take a look at how diamond engagement rings got their reputation. What exactly is the origin of words such as "forever" in diamonds, and how did these sparkling gems acquire such stature today in the wedding business? Continue reading to find out or browse our extensive collection of Brilliance diamond engagement rings.

The precise origins of the engagement ring custom regarding diamonds are unclear. However, historians have certain ideas about the subject that they would like to mention. Anthropologists think that this tradition began as a Roman practice in which wives wore rings that linked to tiny keys. These were intended to show their husbands' "ownership" of them.

The first documented diamond engagement ring was commissioned by Archduke Maximillian of Austria in 1477, according to historical records. This was for his intended wife, Mary of Burgundy. According to historians, this led to the popularity of diamonds as a wedding tradition among European royalty and aristocracy. Diamond rings became more popular among males as a sign of their devotion.

Victorians are credited with establishing the custom of wearing elegant engagement ring designs. These frequently included diamonds blended with other gemstones, a variety of precious metals, and distinct enamels. At that time, these rings were often produced in the form of flowers and were called posey rings." The practice of combining diamonds with other gems and commonly mounting them.

The Origin of a Popular Phrase

A slogan was created in 1948. De Beers coined the ever-popular expression, "A Diamond is Forever." This marketing campaign took off, driving a significant number of purchases. Not only was this phrase catchy and alluring, but it also had various meanings that helped to boost the demand for diamonds. The phrase "forever" connoted the stones' durability, as well as instilling in Americans the notion that a marriage is a lifelong commitment. This statement was dubbed the "century's slogan" by Advertising Age in 1999.

The "Be the Diamond '' motto is linked to a firm that sought to make diamonds more available by riding on the coattails of the 1930s in demand for diamonds in America fell as a result of economic difficulties. Prior to the Great Depression, diamond sales had been decreasing for years because it was thought that these gems were only for the wealthy. The slogan still exists today, but De Beers promoted beautiful movie stars in their advertisements, adorned with massive diamonds. Within three years of the campaign, diamond sales had increased by 50 percent.

With a focus on permanence and timelessness, several advertisements focused on comparing the purchase of a diamond to the founding of a city were widely circulated. The fact that these ads stressed how diamonds are forever beautiful and bring lasting pleasure and love to their couples may have had something to do with it.

The tradition of diamond engagement rings was actually founded in De Beers' advertising campaign, and it quickly spread throughout society. Even though the phrase "engagement diamond tradition" wasn't used until much later, De Beers' annual reports frequently mentioned it as early as the 1940s. however with each campaign that emphasized on that concept, the. In 1951, the percentage of American brides given an engagement ring was eight out of every ten. That proportion has remained largely unchanged since then.

The history of engagement rings is somewhat vague, although much of it can be attributed to the aforementioned events as well as the birth of a phrase that is still revered today decades later. Regardless of where this custom originated, though, it appears to be here to stay, which is why we like providing couples with inexpensive, personalized diamond ring choices for brides.