Which Diamond Cut Is the Most Sparkling? 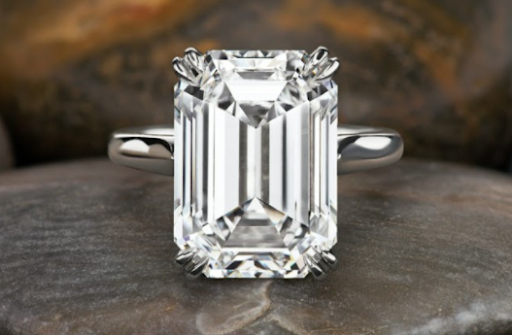 You can choose from a wide variety of diamond cuts, all of which have their advantages. While each cut has its advantages, what is the best cut to use if you want to maximize your hair's shine? Is one better than the other when it comes to sparkle?

What Is It About A Diamond That Makes It Sparkle?

This may sound crazy, but there is an actual science to sparkle. Scintillation is a scientific term for the light that appears when a moving diamond, viewer, or light source is used. The facets of the gem hold the key to its brilliance. A diamond's facets, or flat sides, are placed in such a way as to maximize the stone's sparkle. Light is reflected around the stone's interior and then returned to your eye in an ideal cut stone. Think of a room full of mirrors reflecting light in all directions before returning to you; this is the same concept. The gem acts as a prism by allowing light to pass through it, causing it to be split into its various colors. Flashes of color can be seen as a result of this. As a result, the quality of the cut is of equal importance. In our example from earlier, if the mirrors are misaligned, most of the light will escape and you won't receive much, if any, light back. This means that even if you have the perfect cut for a normally sparkling diamond, the stone will appear dull if the cutter orients the facets incorrectly.

What's The Shiniest Of The Cuts?

Most people won't be surprised by the brightest diamonds in the bunch. The brilliant circle. Diamond cutters prefer this traditional shape, which accounts for 95% of all faceted stones. This cut has 57 or 58 facets that allow it to transform into a mini disco ball by refracting light. Each facet has been placed in the most optimal position to maximize light output.

The Round Brilliant Cut's History

In the 1700s, these iconic cuts were first seen. Antique round brilliants looked like the ones we love today, even though they were still evolving into modern round brilliants. When diamond cutters first began experimenting with diamond proportions, facets, and shapes more than a century ago, they came up with an end result that we now take for granted. When diamond cutting tools were developed to help with more precise results in the twentieth century, rounds became very popular.

Alternatives With A Sparkle In Them

Even though many people prefer the look of a round brilliant cut diamond, others prefer their stone to stand out from the crowd. I'd suggest princess and oval cut diamonds to these avant-garde fashionistas. There is a striking resemblance in bling between these two cuts and the round brilliant. Aside from the elongation, the oval is very similar to the round brilliant. In addition to looking good on the finger, the diamond's elongated shape gives the illusion of a higher carat weight than it actually is. In comparison to the round brilliant shape, the princess cut has a more squared-off shape. The princess cut is geometric and features sharp corners, making it ideal for someone who isn't afraid to stand out.