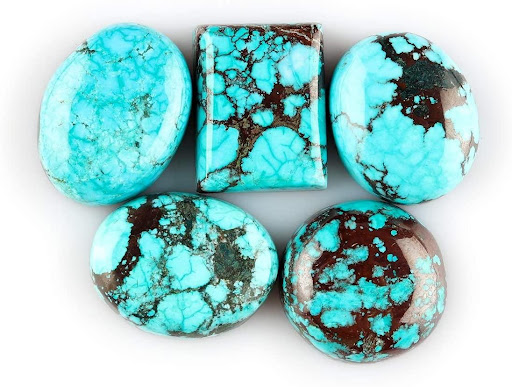 Turquoise, the December birthstone, has a lot to offer.

History of Turquoise as a December Birthstone

Turquoise has been around for a long time. As a matter of fact, it is one of the most ancient gemstones in the world.

A more accurate translation of the name "Turkish stone" is "pierre tourques," which is a French term for this gemstone. According to this translation, the first turquoise gemstones were found in Turkey.

Then again, it didn't stay in Turkey for too much time. One of the most stunning gems ever discovered was found in tombs dating back to the 4th century BC in Egypt. In these tombs, some of the world's oldest jewelry has been unearthed, making it a fascinating find.

The Aztec emperor Montezuma II was also a big fan of turquoise. A conquistador from Spain, Hernan Cortes, received this gemstone as a gift because he mistook him for a god who would rule and protect the Aztec empire.

Turquoise has appeared in a number of modern works of art as well. The Persian turquoise jewelry collection of Queen Mary included a tiara, necklace, brooch, and earrings. Finally, Princess Margaret received the Persian turquoise tiara and wore it until her death in 2002, when it was passed down to her. 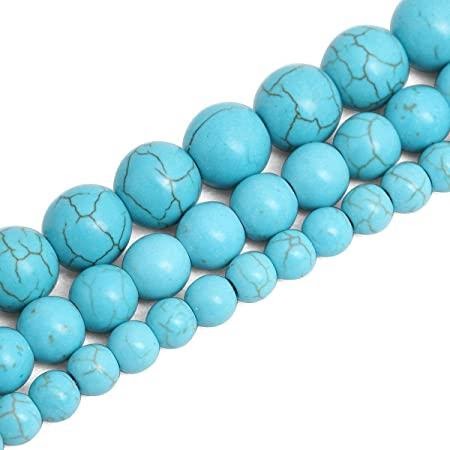 Turquoise is a common theme in the folklore of both Native Americans and ancient Persians. The Apache, for example, had a saying that turquoise arrows and bows would ensure successful hunting.

According to the ancient Persian belief, if you could see the reflection of the new moon on the surface of a turquoise stone, then it would bring you great fortune.

What Does the Turquoise Birthstone Mean?

“If cold December gave you birth, The month of snow and ice and mirth, Place on your hand a turquoise blue, Success will bless whate’er you do.” -Anonymous

For those born in the month of July, a birthstone that symbolizes a wide range of positive traits is the turquoise. It's also said to symbolize strength, serenity, and creativity.

For those of us who were born in December, good fortune awaits, as well as the possibility of a second chance at life. 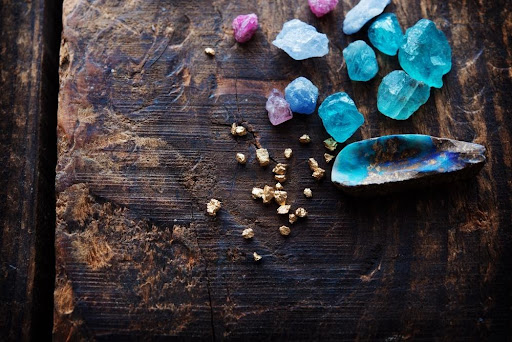 There is no scientific evidence to support the claims of turquoise's healing properties, but we can always remember these medical uses with a sense of levity and wonder. 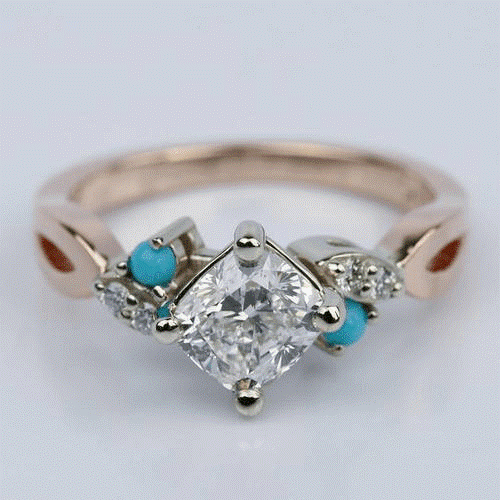 You're looking for a gift for a loved one whose birthstone is turquoise? It's a great gift for someone who likes turquoise.

Because turquoise is such a inexpensive gemstone, it's easy to incorporate into both fashion and fine jewelry.

It is becoming increasingly popular to incorporate a birthstone gemstone into an engagement ring setting, so many people do so. They can commemorate their birth month and marriage for the rest of time with this idea!

A turquoise birthstone rings, earrings, bracelet or necklace can be found for any occasion if you know what you're looking for. 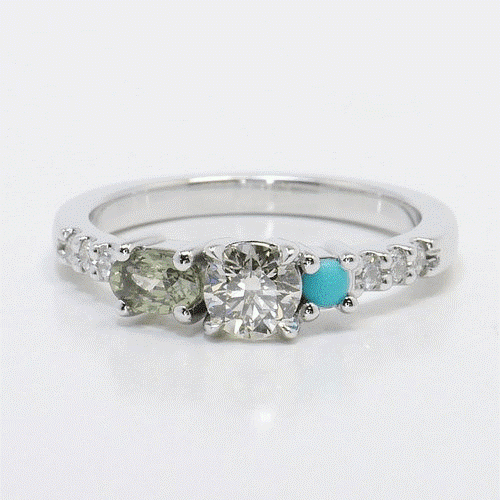 Brilliant Turquoise: What Goes Into It?

Quality, color, and rarity all contribute to the grade of a turquoise gemstone.

The most valuable turquoise gemstones are those that are bright blue and uniform in color. "Persian blue" is a term used in the jewelry industry to describe a blue that is both consistent and clear. However, some people prefer a slightly greenish-blue shade of turquoise instead of Persian blue.

Gemstones lose some of their luster when they're embedded in a matrix. As limonite or sandstone surrounds turquoise in its natural state, iron forms a matrix. The best stones have no dark splotches or webbing at all, making them the most valuable.

Turquoise with dark markings is not worthless because of this. These gemstones are still valuable because of the contrast between the bright blue and dark webbing.

A turquoise gemstone of the highest quality is Robin's egg blue in color with a smooth texture that does not show signs of matrix.

What Makes Turquoise So Special

In contrast to other gemstones, such as diamonds or rubies, turquoise does not sparkle or shine. However, this does not diminish its beauty. Instead, it enhances the unique beauty of this gemstone.

The fact that it is softer than many other well-known gemstones only adds to its appeal. Diamonds have a Mohs hardness scale rating of 10.0, while emeralds and rubies have a 9.0 rating. A 5.0-6.0 rating is not nearly as durable as these other stones, which is why turquoise is not a good choice for jewelry making.

This makes it more prone to nicks and scratches, but it also makes turquoise an excellent carving material. Turquoise is carved into beautiful jewelry, figurines, and other works of art by artists around the world.

Turquoise is a one-of-a-kind gemstone because of its many desirable characteristics.