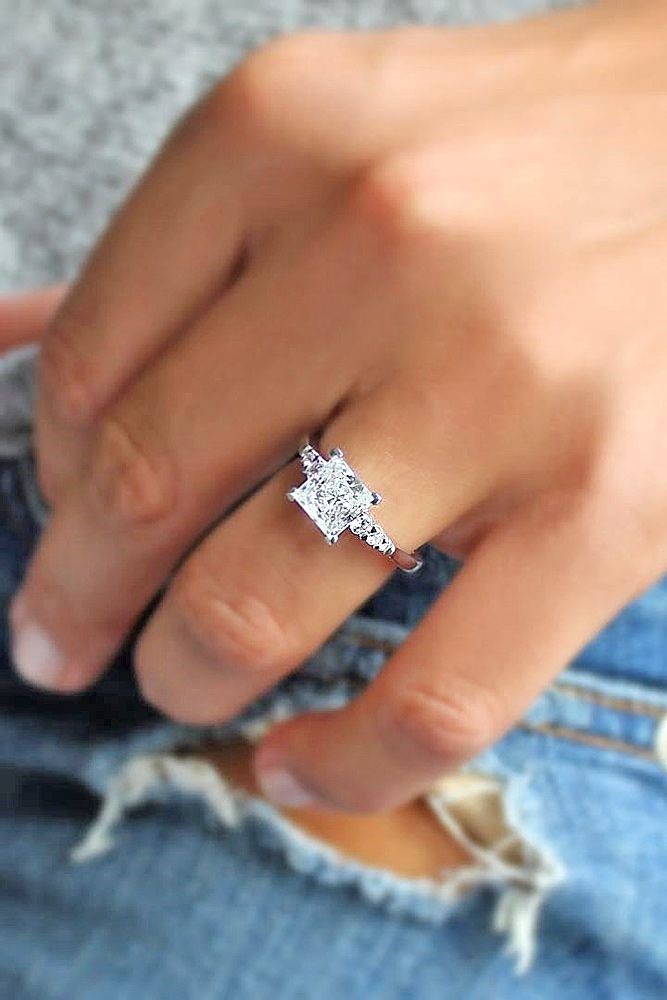 The precise origins of the engagement ring tradition in connection to diamonds are unknown. Many people are unaware that diamonds were not always used in jewelry. They were employed as ornaments and talismans to ward off evil spirits when they were originally found thousands of years ago in India. They were later thought to be able to “cure” illnesses. Diamonds were only utilized in jewelry for the first time around a thousand years ago.

Archduke Maximillian of Austria is thought to have commissioned the first diamond engagement ring in 1477, according to historical sources. This was for Mary of Burgundy, his fiancée. As far as historians can determine, this started the widespread purchasing of diamond rings by European royalty and nobility. Men began to buy diamond rings as a symbol of their love and devotion to people they cared about, and it grew in popularity from there.

While this was the earliest known instance of a diamond engagement ring, it was far from the first. Engagement rings are a centuries-old custom that stretches back to ancient Egypt, when reed bands were used to symbolize marriage on their fingers. The ring finger, they believed, had a vein that ran directly to the heart, symbolizing their love. As the habit expanded across the world, many cultures developed their own traditions for engagement rings.

Victorians are said to have popularized elaborate engagement ring styles from there. Diamonds were frequently combined with other jewels, as well as a variety of precious metals and enamels. These rings were known as "posey rings" at the time because they were made in the shape of flowers. The habit of combining diamonds with other gems and usually placing them in filigree settings lasted until the Edwardian era.

Engagement rings used to be considerably less romantic than they are now. They were once considered a sign of ownership. To indicate that they belonged to their spouses, women were given gold rings by their husbands and metal rings to wear at home. This custom has grown over time and is now associated with love and devotion. Diamonds were the first gemstones used in engagement rings, and once they were discovered in abundance in South Africa, the diamond industry promoted them as "The" engagement stone. With their advertising campaign tagline "a diamond is eternal," the diamond firm De Beers made it a craze in 1947, and its popularity skyrocketed. People came to perceive a diamond's aesthetic brilliance and unbreakable chemistry as the appropriate jewel to signify the lifelong commitment of marriage and everlasting love, and this transformed the way the world looked about diamonds.

The original diamond engagement rings were not the gleaming, brilliant pieces that we see today. The interesting history of diamond cutting began with point cuts in the 14th century, when the octahedral crystal faces of the diamond were polished to create equal and flawless facets. The point cut evolved into the table cut diamond in the 15th century, which was the first widely recognized diamond cut. This table cut gave birth to the lovely emerald cut diamond. The heart, pear, emerald, oval, princess, and contemporary round brilliant are just a few of the various diamond shapes and cuts that have developed from this point.

The bride's personality might be shown through her diamond engagement ring. A more conventional bride could want a round brilliant cut white diamond, but a more modern bride would prefer something more distinctive, such as a pear-shaped natural fancy yellow diamond ring.

Engagement rings used to represent ownership, but now they represent collaboration and commitment. It's only natural that tradition evolves in a culture where all kinds of love are recognized. The typical white diamond engagement ring can be replaced with a fancy color diamond engagement ring. With so many hues, shapes, and sizes to pick from, it's no wonder that more and more couples are using color to express their love.