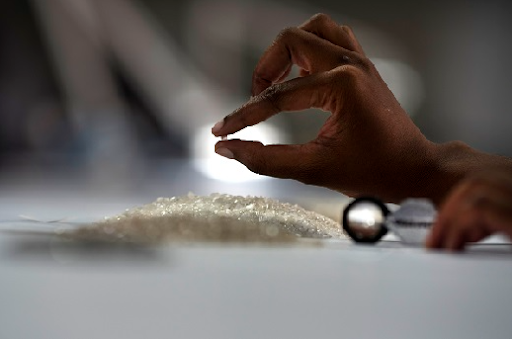 De Beers increased the price of smaller rough diamonds at this week's sight, marking the company's second consecutive increase, as the industry expressed concerns about a perceived mismatch between smaller rough and polished diamonds.

According to sightholders and industry insiders who spoke this week, prices for goods weighing less than 0.75 carats increased by approximately 5 percent at the February sale, while prices for larger items remained largely stable.

The latest adjustments come after a successful holiday shopping season in the United States, and they coincide with strong demand in the polished sector as the industry restocks. Rough prices have skyrocketed in recent months, reflecting both increased consumer demand and a scarcity of supply.

Even more than sight goods, prices at auctions and tenders have risen significantly, with traders enjoying unprecedented premiums when reselling De Beers boxes on the secondary market.

Manufacturers' profit margins, on the other hand, have suffered. This was a major topic of conversation at the Dubai Diamond Conference, which took place on Monday..

On Tuesday, a sightholder who spoke on the condition of anonymity said, “There is still some buzz, but people are very cautious now because they’ve understood that prices have hit the ceiling and [De Beers] is facing resistance now with the new prices,” As a result of the outpacing of polished prices,“There will be some stability and there has to be some mindfulness, because rough prices are outpacing polished prices so anyone who buys rough at those prices is not going to make a profit.”

In an interview on the sidelines of the Dubai event, De Beers CEO Bruce Cleaver explained that the company's goal is to price diamonds appropriately in accordance with market demand. As he explained, this is predicated on expectations of how the finished polished will sell when it becomes available two or three months later. Despite the fact that our crystal ball is no better than anyone else's, we make pricing decisions based on a large amount of data at the time of the decision.

Sales In China Are 'Average'

Meanwhile, dealers reported that sales in the Far East during the recent Chinese New Year were consistent, with figures that were broadly in line with those from the previous year. Even in the face of headwinds in the latter months of 2021, including new Covid-19 outbreaks, a real estate crisis, and power shortages, the company achieved its goal.

The unfavorable comparison with the previous year's season of post-lockdown recovery had an impact on the numbers, as did the fact that fewer consumers traveled within China, which is typically a driver of seasonal demand, according to Cleaver.

“There’s no question that people are not traveling as much between the big Chinese cities and coming into the big Chinese cities to buy as they might have been because of [Covid-19],” he said, adding that the information was preliminary and that further research was necessary. “In a sense, it could have been a bit better, but the early data I’ve seen is that it’s been an average to reasonable New Year.”

Store openings, on the other hand, are proceeding smoothly in the mainland's tier 3 and 4 cities, according to him.

As the executive continued, “I don’t think there’s any reason to think that will slow down, and our clients tell us that’s continuing to happen,”

The February sale, which is the second of the year and began on Monday and will conclude on Friday.