Anniversary Rings: When Exactly to Give Them?

What is an anniversary ring?

The underlying symbolism behind an anniversary ring marks the love and joy you accomplished as a couple. In your family life, you experience different moments, and each time unique anniversary rings solemnize them. Rationality also supports this anniversary rings tradition: you celebrate the most important moments in your marriage life with the new jewelry to remain up-to-date with the rings you wear. In the end, an anniversary is just another purpose of celebrating your love.

The best anniversary ring is the one that combines in its design all the symbols of the remarkable moments you’ve passed through as a couple. It aims to combine the terms, feelings, and experience you’ve collected during your marriage life. Because of that, the ring designs you’ve selected for an anniversary should match each other perfectly. 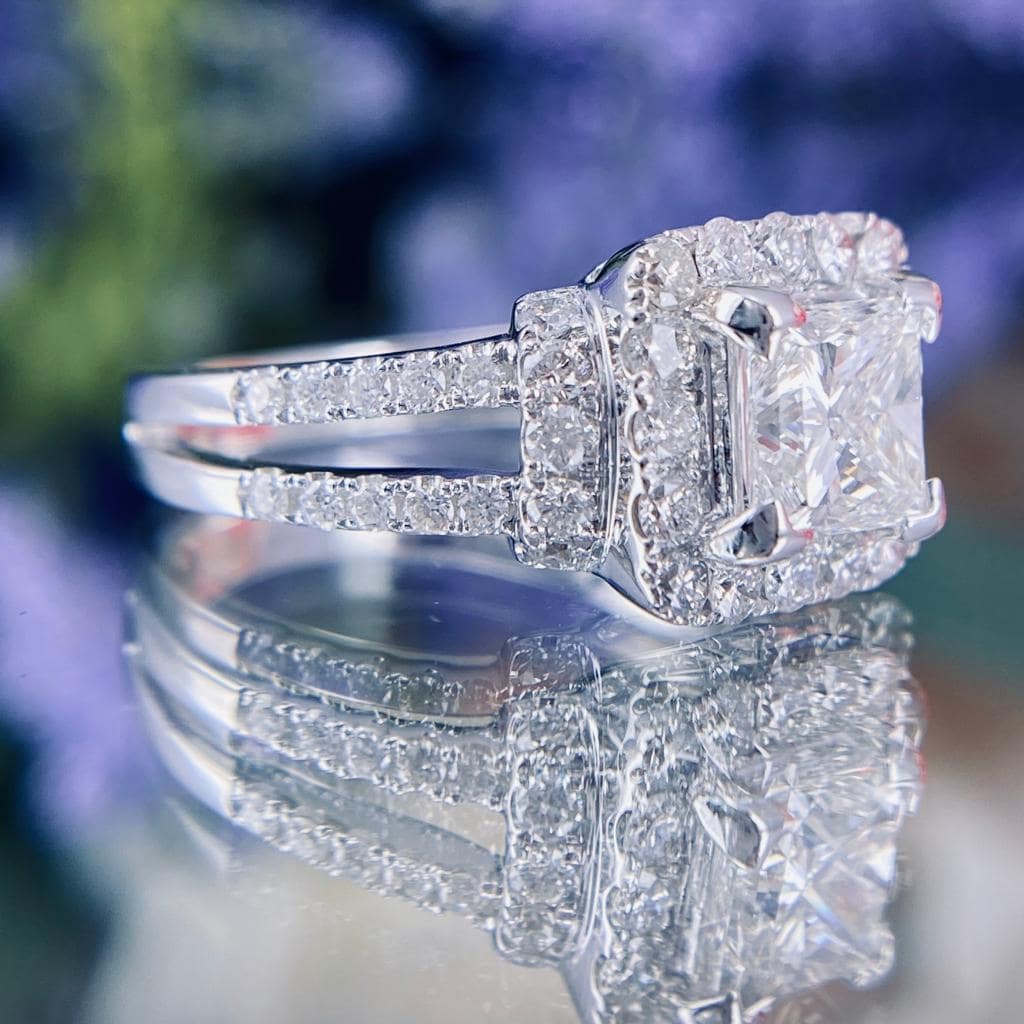 An anniversary ring and an eternity ring: What’s the difference?

The eternity ring is a band filled by diamonds completely, creating the eternity of sparkle on your finger. It’s critical to know the exact ring size before making this piece of jewelry. The cost of a mistake is too high because you’ll need to break the anniversary ring and start it all over again.

In its turn, the anniversary ring commonly has only the front filled with diamonds. Nevertheless, it’s hard to spot this difference once you see it on somebody’s finger. Just a look at the palm side can tell you if it’s the eternity ring or the anniversary ring.

The eternity ring's design, if done carefully, features platinum, palladium, and white gold. These are the metals that fit diamonds the best. Sometimes, yellow gold and rose gold can also look good, but these metals tend to spoil diamonds' colorless appearance.

Finally, the eternity ring can be a gift for numerous occasions, including the engagement, wedding, various anniversaries, Valentine’s Day, or birthday. Here, the core difference between the anniversary ring and the eternity ring lies in the purpose of gifting. Put simply, an anniversary is an occasion, while the eternity design is one of the options to celebrate it.

These days, you can give both these rings to your loved one without sticking to the traditions, though.

When should you give an anniversary ring?

The best dates to celebrate an anniversary are when you pass 5, 10, 20, and 25 years of marriage. Aside from this anniversary rings tradition, many couples recognize the importance of the first year of matrimony as the turning point in their lives. And, obviously, an anniversary of 50 years together is the rarest and most remarkable case. This date deserves the biggest party and the most unique anniversary rings among all the other rings you previously gifted.

These days, it’s common to celebrate the special date in your marriage with an anniversary ring anytime you feel comfortable. There’s no standard for gifting, so you can choose any date as a purpose for an anniversary. For example, you can mark the year when your child was born, and this new member entered your family. Alternatively, you can bring a diamond ring that marks a career update that brought your marriage life to a new level. In other words, the anniversary ring is already much more than just a piece of jewelry gifted in the exact day of marriage.

There’s no problem with either celebrating an anniversary that is non-traditional or respecting only traditional major dates. All that matters is your marriage milestone and your willingness to celebrate that moment with an anniversary ring.

How to celebrate an anniversary with a diamond ring

The most important part of an anniversary celebration is the jewelry piece you’ll gift. If you follow the tradition, the gemstone in the anniversary ring matters a lot. For an anniversary of 10 years of marriage, it’s relevant to gift a diamond ring, while the 20th year together can be marked with the emeralds. In this section, we’ve collected all the rules and customs of gifting an anniversary ring. 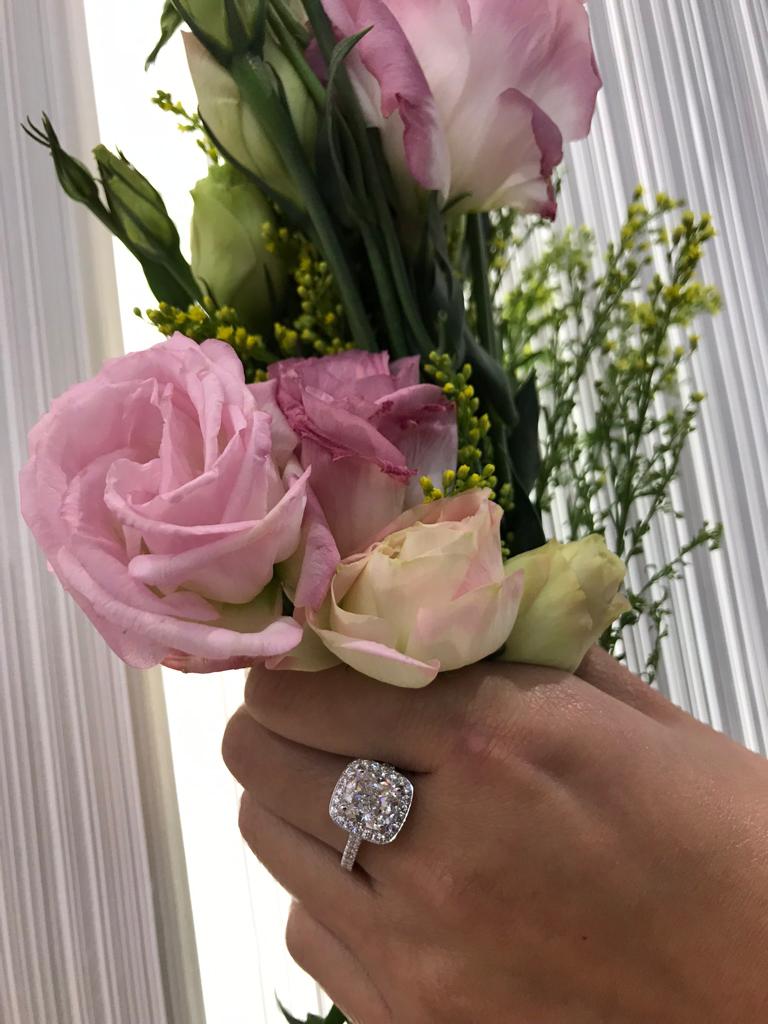 The most common anniversary ring for the first year of marriage is made of gold. Even though it’s just a yellow gold band, its simplicity should complement your other rings and the anniversary ring of your partner, creating a matching set together.

There are no guidelines for gemstones in the anniversary rings tradition for the first year. You can decorate this jewelry piece with any precious stones you like — just ensure you have chosen the ones that match the band perfectly. For example, the yellow gold tends to make the color of a jewel in the diamond ring worse. That’s why we recommend choosing diamonds for the gold anniversary ring carefully.

As of September birthstone, sapphire can protect your body from poisoning and fill your mind with open-heartedness and verity. And so, gifting sapphire anniversary ring for the fifth year together symbolizes a willingness to restore harmony and peace in your couple. In fact, this piece of jewelry is traditional for royals: Napoleon gifted a sapphire ring to his wife, and this precious stone was in the engagement ring of Princess Diana. Even more, many couples chose the sapphire ring instead of a diamond ring for engagement previously.

The sapphire anniversary ring is outstandingly appealing and solid. This piece of jewelry will add to your special day the symbolic value of truth and fidelity. And so, it serves as a beautiful and meaningful anniversary ring for the fifth year of marriage. By the way, the sapphire ring will look good once set both in white and yellow gold.

Year #10: The time for a diamond ring

Once you pass the threshold of 10 years in marriage, the tradition calls you to buy a remarkable diamond ring to celebrate this moment. The common design for this piece of jewelry is a band. For example, a pave eternity ring will suit great this purpose. By the way, the diamond ring can celebrate any moment in your love life, so don’t limit yourself to the date of 10 years of your marriage.

In the world of precious stones, ruby is the most accurate symbol of passion in the relations. That’s why it became an integral part of the anniversary ring for the fifteenth year of marriage. To get the most of your ruby jewelry, put it in the setting made from silver or yellow gold. Another good option is to supplement your rubies with other gemstones in a single piece of jewelry.

You can gain the sacred meaning of your ruby anniversary ring as your July birthstone. In this context, it has associations with passionate love and physical well-being. Such meaningful content makes ruby attractive to many couples, and jewelers create unusual vintage anniversary rings to fit this demand. 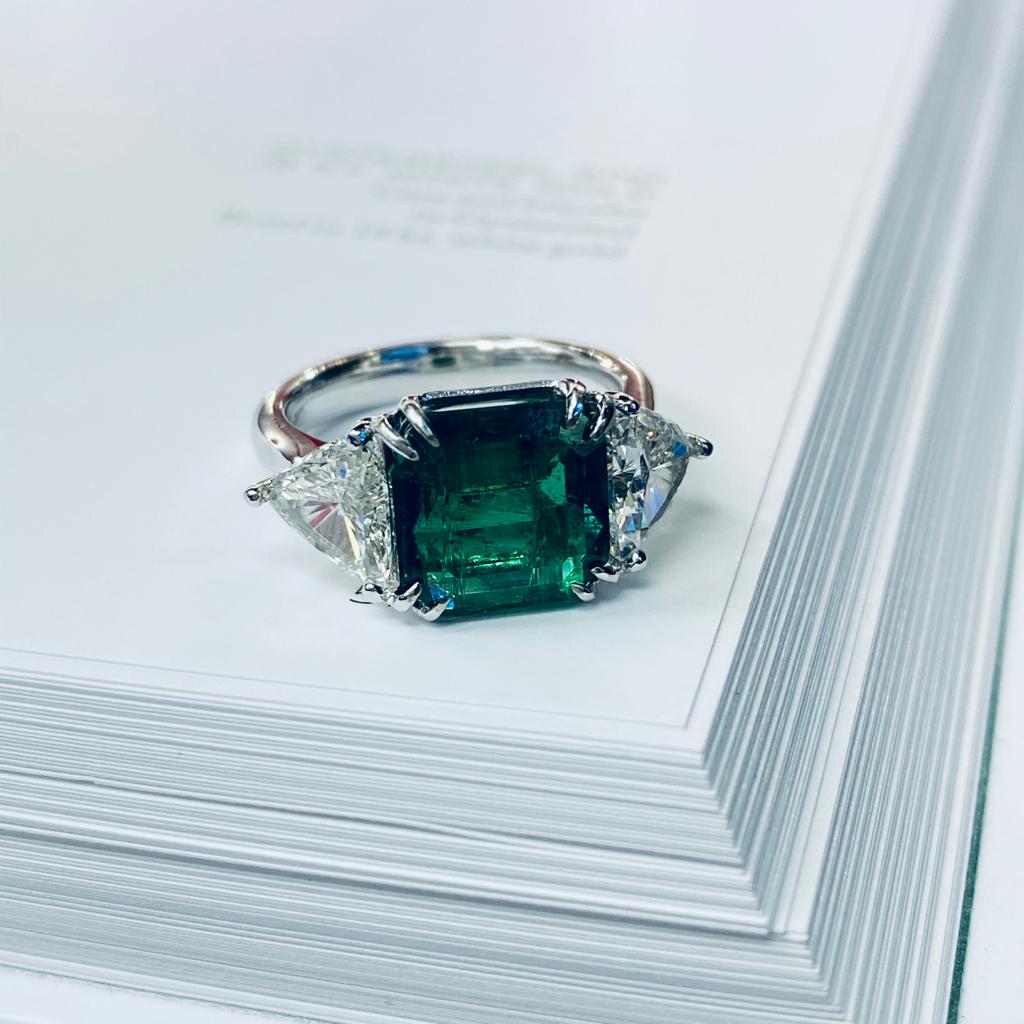 Year #20: An anniversary ring with emeralds

Emerald is a unique and distinctive jewel worth celebrating the anniversary of the twentieth year of your marriage. Its impressive green color is the secret ingredient to the marvelous effect of this ring set. Moreover, the emerald in an anniversary ring fits any diamond ring, making it extremely practical.

Silver is the top metal to mark 25 years together in your marriage. Pay attention to the silver sterling band — it’s a good option to go with your engagement ring and wedding band. This year, any type of silver jewelry fits the major anniversary. You can go far beyond the limits of a ring and pick bracelets, earrings, pendants, and any other jewelry pieces.

There are two good reasons for gifting pearls for an anniversary: when you passed the third and the thirtieth year together. This time, you can pick either natural or cultivated pearl — both options will work well. For metal, we recommend choosing rose or yellow gold.

Once again, the time for ruby has come. Its multidimensional meaning came from the Middle Ages when this precious stone became a symbol of good health, emotional stability, marriage prosperity, and a lucid mind. So, there are many reasons to gift this set of vintage anniversary rings.

If you are to celebrate your 40th wedding anniversary, consider buying a ruby anniversary ring in a yellow gold or silver setting.

Yellow gold and rose gold are the top metals to make your year #50 special. This time, an anniversary calls for the most outstanding jewelry you can afford. So, create an anniversary ring that will have the most incredible features.

These 3 rules that will make your anniversary ring purchase safe and well deserved.

Rule #1. Play on the contrast or underline the similarity

Since you already have the wedding ring, you have two options to supplement your jewelry piece: either opt to something completely different or as similar as possible. Simultaneously, consider your partner’s ring to pick something that will suit everybody.

That’s a precision job, but it’s totally worth dedicating time and energy. If you’ve chosen your anniversary ring carefully, you can get the matching set that will please your eyes and amaze your spectators every time you’re out. For this, you can wear both rings on the same finger as a beautiful set with a special meaning.

How to choose contrasting rings in the right way? That’s all about the nice-looking difference between the precious stones. A diamond works as a perfect contrasting jewel, fitting emeralds, sapphires, and rubies in the same great manner. Also, don’t limit yourself to wearing your anniversary and wedding ring on one finger. That will bring you more freedom of choice and flexibility.

Rule #2. Decide on the jewel and metal

Once you’ve chosen how your anniversary ring will look, it’s time to decide on the exact precious stone and metal. Here, your primary source of information is the taste of your partner. One option is to go to the shops together or discuss how you see this jewelry piece.

The great thing about the anniversary rings is that you know each other well enough to make a great surprise and communicate on the jewelry choice without stress and pressure.

Generally, there are traditional recommendations for the top gemstone and metal that fit each anniversary. But you can freely change the tradition and go for any combination of jewel and metal you prefer. Alternatively, you can always consider the classic diamond ring with white or yellow gold as a one-size-fits-all solution.

In the end, the best compromise is to select the jewel and metal your partner finds nice with sentimental value to you both. If your consultant says that the yellow gold band is bad with this diamond, but your beloved wants it — that’s the thing worth buying.

The more years you spend together, the less importance you attach to the surprises. And this tendency fits the anniversary rings perfectly: your task is to pick the most accurate piece of jewelry both from your partner’s standpoint and the jewelry style you both already wear.

Which finger is for an anniversary ring?

The most common place to wear an anniversary ring is the ring finger of your right hand. If placed there, this piece of jewelry can set off your wedding ring and engagement ring in the best way possible.

The choice is all yours.

Where to buy an anniversary ring?

To pick the best design, consider not only the tradition but also the personal taste of the wearer and your couple’s style. This way, you will ensure that the anniversary ring is not an empty piece of jewelry but the symbol of the bond between you two. Diamond Registry experts will be happy to assist you! We pick the diamonds of the highest quality for the wholesale price to celebrate the special occasions in your relationship.