According to Bain, Severe Shortages Could Last 10 Years 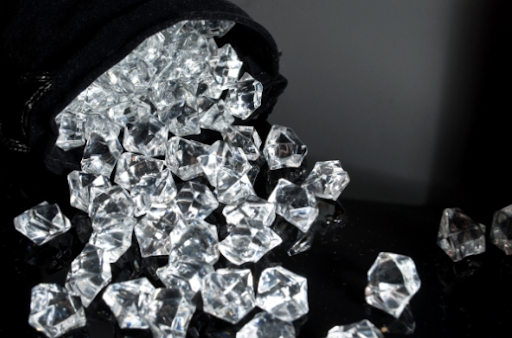 According to Bain & Company, the current shortfall in rough production will likely continue for up to a decade, during which time both demand and prices will remain strong.

The coronavirus pandemic forced companies to close deposits, according to the latest edition of Bain's annual report on the diamond industry, which was released Monday. Output fell by 20 percent to 111 million carats in 2020, the report said. When mines reopened in 2021, production increased by 4.5 percent to 116 million carats, a 4.5 percent increase. The high demand for diamond jewelry, as well as the closure of Rio Tinto's Argyle mine in Australia, which produced 11 million carats of diamonds per year, contributed to the depletion of resources.

Rapaport News reported that Bain Partner Olya Linde stated that demand was so high that production levels had to be supplemented by inventory. "We haven't seen such a high level of demand in a long time." Actually, in all of my years in the industry, I have never witnessed such a significant increase. It will not be as simple as simply increasing production in the future. Consequently, while demand will continue to be strong, the ability of players to increase production in the short term will be extremely limited."

Mineral miners' "technical" inventories, which include goods that have been extracted but are not yet ready for sale, fell to an all-time low of 29 million carats in 2021, according to Linde.

On average, over the next five years, rough output is expected to grow between 1 and 2 percent per year, reaching just over 122 million carats by the end of 2022 — a figure that is still 10 to 15 percent below pre-pandemic levels.

Demand for Jewelry Is on the Rise.

Demand for diamond jewelry is expected to increase by 29 percent globally and 38 percent in the United States in 2021, significantly higher than pre-pandemic levels. Linde pointed out that China, the world's second-largest market, had experienced similar growth.

“At the end of the consumer holiday season and coming into the new year, there is still a lot of interest and demand,” she explained. “Even in 2022, we can expect that demand will continue, probably not at the same level of recovery, but it will definitely be robust enough. Although we don’t have a crystal ball, and don’t know how prices will behave for sure, given that supply is limited, it sets a foundation to support very healthy price growth across categories.”

The lack of new mines coming online at the same time as existing mines go offline or near the end of their useful lives is also contributing to the gloomy production forecast. However, while exploration is taking place in Botswana, Angola, Australia, and Canada, the Luaxe mine in Angola is the only project that will have a significant impact on output in the near future, according to Linde.

“We do not expect production to recover to 139 million carats [seen in 2019] in the next five years, for sure, and even not in the next 10 years, honestly, unless there will be a major unexpected discovery that could be brought up to production fairly quickly,” she noted. “We have to remember not only do we have a very limited number of new projects, but existing mines also have declining production levels.”

Putting a Stop to the Leak

While availability will decrease across the board in most categories, Linde believes that lab-grown diamonds will not be able to make up for the natural-diamond shortfall because they are performing well in their own, distinct category.

She explained that the increase in synthetics over the past year was likely aided by a decrease in prices as well as an increase in transaction volumes.