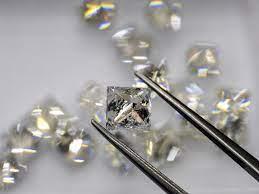 The richest diamond owners in the world are made up of not only collectors and traders, but also entrepreneurs and investors who have benefited from the world's largest diamond mines. Diamond owners have made huge profits and amassed fortunes in various sectors of the diamond industry. This includes people who trade gemstones, collectors, and investors in the diamond mining business. The mining industry has many facets, from rough stones to cut and polished gemstones.

Savji Dhani Dholakia from India is the richest diamond owner in the world. The 56-year-old founded Hari Krishna Exports Pvt. Limited. Company which is a diamond manufacturing and export company. The company has manufacturing facilities in Surat, Gujarat, India, and has established its sales and marketing department in Mumbai, India. Savji is known in the diamond industry and is famous throughout the world for his business and the export of finished diamonds to more than fifty countries around the world. The company has also established subsidiaries in Hong Kong, China, the United Arab Emirates, Belgium and the United States. Dholakia was born in 1962 in Dudhala, Amreli, Guarat, India, into a farming family. He dropped out of school when he was just 13 years old to work in his uncle's diamond business in Surat. He has many years of experience in this business, which has paid off and made him the richest diamond owner in the world.

Prince Al Waleed is from the country best known for its oil moguls, he made billions in other industries. He wisely invested in real estate and construction in his early ventures. After making a fortune in the field, he focused his interests on investing in the banking sector, where he received high marks for bailing out Citicorp with a $ 590 million investment in the company. As one of the richest men in the world, he can afford toys and luxuries that would baffle the average worker. He has an impressive collection of cars and for the purchase of the thirty-eighth vehicle he went all the way. Prince Al Waleed has commissioned a very special Mercedes Benz that is completely set with diamonds. To get more dimensions, he ordered the addition of Swarovski crystals, which give it even more dynamism. Spectators are in awe of the show, because there are diamonds on the logo, on the exhaust pipes, on the door handles and even on the wheel rims. It has been reported that anyone who wants to touch his $ 48 million car will have to pay thousands of dollars for this privilege.

Cheng Yutung received the Cullinan Heritage Diamond Owner Award in 2010. He purchased the 507-carat stone for $ 35.3 million, which is the highest-paid rough diamond in history. Yutung is Honorary President of Hong Kong-based Chow Tai Fook Jewelry Group. It is the largest jewelry retailer in the world. He is currently the third richest diamond owner in the world. The billionaire raised his fortune through an extensive and lifelong investment drive in service companies, hotels, real estate investment and development, transportation interests in Australia, the United States, Macau, Hong Kong and other parts of the world, and holdings. massive in jewelry. retail trade.

Joseph Lau is a Hong Kong billionaire who believes there is nothing good for his little girl. He recently bought at a Sotheby's auction and made a record bid and buy for the Blue Moon diamond, which he obtained for $ 48.5 million. The loving father renamed it Josephine's Blue Moon because he had purchased the 12.03 carat diamond for his daughter Josephine. According to Sotheby's staff, this purchase was the highest price per carat ever paid for a diamond and topped the charts with more than four million per carat. However, this was not the 64-year-old real estate mogul's first rodeo. Just before buying the Blue Moom, he bought a 16.08-carat pink diamond a few days earlier for $ 28.5 million, which was also renamed Sweet Josephine. The young woman collects a whole series of valuable diamonds, because in 2009 Lau is said to have bought a blue diamond for which she paid 9.5 million US dollars, and she named it the Star of Josephine.

Nicky Oppenhiemer is a household name in South Africa. He and his family are the richest people in the country and have been for some time. Nicky was named the 136th richest man in the world and is the second richest in South Africa, behind only Aliko Dangote of Nigeria. Oppenheimer is a businessman who has long been known as the president of the world famous De Beers Diamond, which also owns its subsidiary Diamond Trading Company. Nicky progressed in his career, following in the footsteps of Harry Oppenheimer, his father, and his grandfather Ernest Oppenheimer before him. This is where he amassed his enormous fortune and it's a legacy that has endured for decades.

Chirsto Wiese, from Johannesburg, South Africa, is one of the richest men in the country. He has brought together a consortium of other investors to acquire the Trans Hex Group, a Cape Town-based diamond mining company. Two of the shareholders, Metcap 14 Proprietary and Cream Magenta 140 Proprietary, supported by the Wiese family, have acquired a stake in the company that gives them 47% ownership and, together with other members of the consortium, will control approximately 72% by Trans. Hex. with offers to minority players to buy them. Wiese is definitely in the diamond business now. He made his fortune with Shoprite, the largest retailer in the country. Wiese had the capital and leverage to successfully acquire a nearly three-quarters majority stake in Trans Hex, and his ultimate goal is to gain full control of the proposed acquisitions.

David Kassel is an experienced minor and investor in the diamond industry who served as Chairman of the New Reclamation Group of South Africa. Kassel played an important role in the history of Chiadzwa diamonds, working side by side with Robert Mhlanga, who was the face of Mbada, although he himself was not a shareholder in the company. He had just negotiated the deal before becoming the new president of the company. Kassel and his family were heavily involved in diamond mining and other businesses that helped build the family fortune. He kept his portfolio diversified, which resulted in financial success in most areas of his business.

Laurence is the founder of the family business Graff Diamonds. They specialize in rare and giant-sized gemstones. He started his career as an apprentice in the diamond business and learned what he needed to know to start his own business. He has served famous and very wealthy clients such as the Sultan of Brunei and actress Eizabeth Taylor, to name a few. He is the owner of the WittelsbackGraff Diamond, a strong 31.06 carat example of an unusual and intense deep blue color. He also owns the Graff Pink, a 24.78 carat Type IIa pink diamond. His company focuses its attention on the elite and the wealthy around the world with rare and valuable stones and has gained international recognition over the decades of its existence.

Dan Gertler is a diamond magnate who made his fortune investing in copper and diamond mines. He chose locations in the Democratic Republic of the Congo. His home country is Israel, but he befriended President Joseph Kabila of the Democratic Republic of the Congo, who gave him permission to invest in these industries. That sparked a heated controversy at the time. His purchase of mining projects from the Congolese government was initially not preferred by the population. Gertler, who founded the Fleurette Group, defended his move by explaining how this would benefit locals in the long run by creating jobs and bringing a host of new amenities to the area.