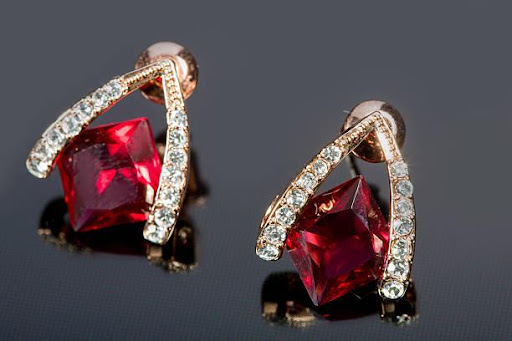 Birthstones are a beautiful way to show your love and appreciation for the special people in your life. We hope that this article has helped you decide if the garnet is right for you! If so, we can help you find the perfect piece of jewelry to show off your choice.

There's a reason why the garnet has been prized for thousands of years. This gemstone is one of the most durable, colorful and versatile in existence. Garnets are available in a wide range of colors and hues, but the red garnet remains a favorite and is still considered by many to be the most valuable of all colored gems.

Is a garnet the right stone for your beloved?

A garnet is the January birthstone. It's a protective stone and symbolizes strength, love, compassion and courage.

Diamonds are also considered to be powerful stones for protection because they're believed to hold healing powers. They're known for their brilliance, luster and fire; but unlike the garnet, diamonds aren't always seen as being as durable or resilient as other gemstones like rubies or sapphires.

The color of each gemstone has its own meaning too: The red garnet is associated with strength and courage; whereas white gold represents purity (it can also symbolize friendship).

What color garnets are there?

The garnet is a variety of the mineral corundum, which comes in many different shades and hues. The most common color of garnet is red, followed by orange, yellow and brown. While most people would be able to identify a red gemstone as being a garnet, it's actually possible to tell the difference between various shades of red-hued gems by looking at their dispersion index — the amount that light is spread when passing through the stone. This number goes up with higher levels of dispersion; in other words, the stronger your dispersion index is, the more sparkle your diamond will have!

Why do we consider garnets a protective stone?

Garnet, a stone we consider protective, is a symbol of the heart chakra. This is because it's believed to have an energy that can fill you with warmth and comfort when you need it most.

When it comes to the heart, garnet also represents all things red—namely passion, love (including romantic and platonic love), courage and loyalty. The color has been associated with blood since ancient times as well—which makes sense considering how much we depend on our blood supply in order to survive!

The overall meaning behind this gemstone may be similar across cultures but there are still differences between its various spiritual uses: For example while some cultures associate the gemstone with protection from illness or injury (or even from evil spirits), others view it as something that helps keep people pure; its powers being more related to growing within yourself rather than protecting yourself from outside forces.

Is it time to pop the question?

If you're wondering whether or not it's time to pop the question, we've got some advice for you. First of all, it's important to remember that whether it's Valentine's Day or New Year's Eve, the best time of year to propose is when your partner feels most loved and cherished. If you don't have a grand gesture planned yet, consider taking her out on a romantic date and making sure she knows just how much she means to you.

If this sounds like too much work for one night, don't worry! There are plenty of ways to show someone how much they mean without spending hundreds of dollars on an extravagant proposal. If she loves beautiful jewelry (and who doesn't?), why not get her something special? In January our birthstone is garnet—and what better way to celebrate than with a beautiful garnet engagement ring?

The garnet is the perfect birthstone for January, but is it right for you or your intended?

Whether you're looking for a January birthstone or someone who wants to gift you with one, the garnet is a beautiful stone that can be worn in a variety of settings. This gem will also bring out your personality and style. And if you want to go bold, it's even available in bold colors like black and orange!

Ready to sell your diamond and get the best price? Let Diamond Registry's global connections and expert team help you find the perfect buyer. Visit www.diamondregistry.com/sell-your-ring now to get started. And don't forget to use our trusted diamond price calculator to instantly check and calculate the value of your diamond per carat.