The Fascinating Science of Diamonds From Formation to Faceting 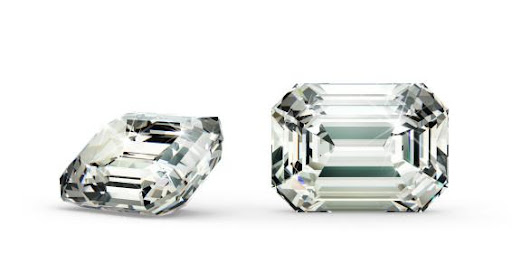 Diamonds are one of the most popular types of gemstones, but do you know where they come from? If you're interested in understanding this fascinating substance, read on for a brief history and explanation of diamond formation, as well as some fun facts about its use in popular culture.

The History Of Diamonds

Did you know that diamonds are the hardest natural substance on Earth? That's why they are so highly valued in jewelry and industry, wher e their hardness makes them ideal for applications such as cutting and drilling. Did you also know that it turns out to be very difficult to cut a diamond into facets with all of their interlocking points, so most of these plots have to be hand-cut by skilled artisans?

If you're wondering if there are other ways to tell a real diamond apart from a fake one, we've got some good news: there are! Diamonds emit light at different wavelengths than fakes do (which means they can't hide in bright lights), and they also have unique spectral features that make them more easily identifiable under infrared light.

There are also a number of other tests that can be done to determine the authenticity of a diamond, but they're not as easy for the average person to use at home. One of these is called thermal conductivity, which measures how well heat travels through the gemstone; a real diamond conducts heat better than most other materials. Another method is Raman spectroscopy, which looks at how light interacts with chemicals in the crystal structure.

And finally, there's a method called electron spin resonance (ESR), which uses radio waves to measure the speed of electrons in a material.

What Are Diamonds Made Of?

The answer: carbon atoms. Diamonds are made entirely of carbon atoms, but the fact that they're so hard to break down is due to their unique structure and crystalline makeup.

This is why diamonds have a high refractive index and are transparent, meaning they transmit light with minimal distortion (you can't see them if you hold them up to your eye).

Diamonds are made of carbon atoms, which are arranged in a tetrahedral shape. This is what gives them their hardness and strength.

Diamonds are also very inert. This means that they don't react with other things very easily, which is why they're so hard to break down. They're also chemically stable and resistant to corrosion.

Diamonds are formed deep in the Earth's crust. The formation process begins with carbon atoms combining to form graphite. This happens when temperatures and pressures reach such a high level that the carbon atoms bond together and form layers of graphene, a kind of single-atom thick sheet. When this happens, some of the pressure is released from underneath the graphite, allowing it to float until it hits another layer of pressure where more bonding occurs and more layers are added on top of each other until a diamond forms!

A volcanic eruption can cause enough heat and pressure for diamonds to form if carbon is present nearby—and believe us when we tell you there is plenty around volcanoes! We know this because scientists have found many diamonds in volcanic rock all over North America. They also think that these gems may have formed during ancient eruptions that occurred millions of years ago before our continent was even formed!

How Do Diamonds Get Their Color?

Diamonds' colors are key to their value. Because they naturally occur in white and yellow, they are often treated to create more desirable colors. The most common process is irradiation, which changes the color by exposing them to a source of radiation such as gamma rays or electrons. But there are other ways that diamonds can be colored artificially: heating, exposure to chemicals such as boric acid or chromic acid (or "colored" glass), or even exposure to light sources like ultraviolet light.

Diamonds are a symbol of success, luxury and love. In fact, they have been used as a gemstone since ancient times.

They’re also the hardest naturally occurring substance on earth and can only be scratched by other diamonds. This makes them ideal for industrial uses like cutting tools and abrasives.

The Science Behind How They’re Formed Is Fascinating!

Diamonds are fascinating in terms of their origins and can beautify your favorite pieces of jewelry.

Diamonds are fascinating in terms of their origins and can beautify your favorite pieces of jewelry. The scientific explanation for how diamonds form is also quite interesting:

Diamonds are formed deep beneath the Earth's crust, where temperatures exceed 1,250 degrees Celsius (2,282 degrees Fahrenheit). As the molten rock cools down, diamond crystals grow within it; they're then carried to the surface via volcanic eruptions or lava flows.

Like all gems, diamonds vary in color based on impurities they contain. Most natural diamonds are yellowish brown or colorless because they contain no color-producing impurities like nitrogen or boron; however, certain naturally occurring impurities produce other colors such as blue or red for fancy-colored stones that are rarer than white ones but still considered beautiful additions to any collection.

There's much more science involved in creating these precious stones—from formation to faceting—but we'll save those details for another time!

Ready to sell your diamond and get the best price? Let Diamond Registry's global connections and expert team help you find the perfect buyer. Visit www.diamondregistry.com/sell-your-ring now to get started. And don't forget to use our trusted diamond price calculator to instantly check and calculate the value of your diamond per carat.