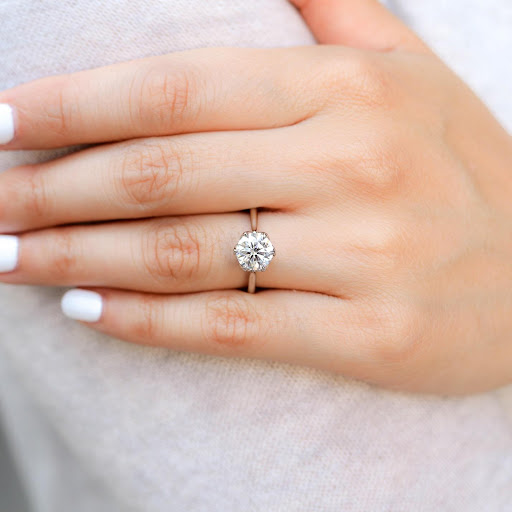 Engagement rings have been a tradition around the world and throughout history. While the modern day diamond engagement ring custom has a certain mystique to it, its history is rich with European and Asian influences that makes the origins of this practice intriguing. Check out the rest of this blog to learn more about engagement rings.

Diamonds have been around for millions of years, and they were first discovered in India by ancient Indian traders. They were also found in Brazil, Zimbabwe and Australia, but it was not until the mid 1500s that diamonds became popular in Europe.

In the 18th century, King Louis XVI of France gave Marie Antoinette a diamond ring as a symbol of his love for her. This ring is now known as the Royal Diamond Engagement ring and is on display at The Louvre in Paris.

Diamonds Have Been Valued As Gemstones For Thousands Of Years

The earliest known reference to diamond comes from the Greek historian, Pliny the Elder. He wrote that diamonds were found in India and were "harder than iron." The ancient Romans believed that diamonds were splinters of stars fallen to earth.

The origin of the word "diamond" is uncertain, but there are several theories about its etymology:

The Arabic word for diamond is zahr which means "to glitter" or "to shine." This word may have influenced the Greeks and Romans to call it a diamond.

The name may be derived from the Greek adamas meaning unbreakable or indomitable. Some historians believe this refers to the hardness of diamonds compared to other minerals.

It may also come from the Sanskrit word darva or "elephant's tusk," which was used as a tool for carving and engraving by Indian artists before 500 BC.

Diamond symbolism has been around for centuries. This gemstone is an essential part of many cultures, and it has a rich history. The word diamond comes from the Greek word adamas, which means “unconquerable” or “untameable.” Diamonds have been used as engagement rings for thousands of years, but the tradition of giving diamonds on Valentine’s Day is relatively new.

The first diamond engagement ring was given by Archduke Maximilian to Mary of Burgundy in 1477. He proposed with a single stone that weighed approximately 150 carats, which would be worth approximately $1 million today.

The first documented use of a diamond as an engagement ring occurred in 1477 when Archduke Maximilian gave one to Mary of Burgundy with whom he was planning to marry. The jeweler who created it said that it was so large that he could only cut four facets into it because after he did so the stone fell apart!