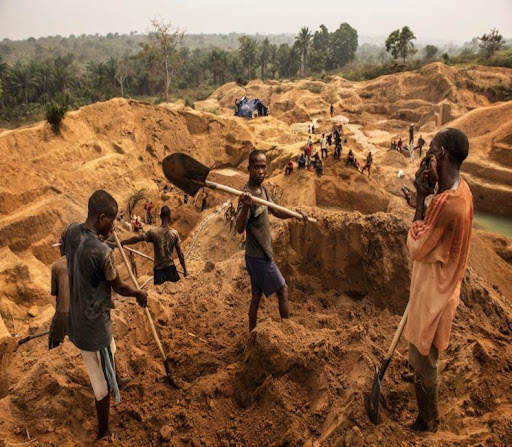 Conflict diamonds, often known as blood diamonds, are mined in a war zone and sold clandestinely to fund the war operations of insurgents or invading armies. After a study, A Rough Trade, was released by Global Witness, a British environmental and human rights organization, in December 1998, the subject began to get public attention. The reports wreaked havoc on the diamond industry both within and out. There were talks about boycotts. Global Witness is an activist and watchdog organization that monitors the diamond business, with a special focus on conflict diamonds.

How many conflict diamonds are there?

Only around 4% of diamonds on the market are conflict diamonds, according to the diamond industry in 2009. Others believe the real percentage is closer to 15%. Rough diamonds with a market value of $7.9 billion were produced in 2001 by the diamond industry. This was turned into jewelry worth $54.1 billion at the end of the diamond chain.

Conflict diamonds have an impact in which parts of the world?

Fighting driven by the conflict diamond trade has been confined to a few Central and West African nations. According to the Kimberly Process, several of these nations contain diamonds that are easier to mine and hence easier to smuggle. In the early 1990s, concerns about diamonds funding a conflict developed in relation to Angola. Diamonds were later suspected of aiding in the financing of civil conflicts in Sierra Leone and Liberia. The problem isn't new. Lebanese businessmen and smugglers in Sierra Leone's diamond mines supported both sides in the Lebanese Civil War in the 1970s and 1980s.

Sierra Leone, Liberia, Angola, the Republic of Congo, Côte d'Ivoire, the Central African Republic, and the Democratic Republic of Congo have all seen terrible civil wars driven by diamonds in the last two decades. By funding military and rebel groups, diamonds exacerbate civil conflicts. Rival factions also compete for control of diamond-rich areas. Bloodshed, loss of life, and horrific human rights violations ranging from rape to the deployment of child soldiers are the terrible results. Despite the fact that many diamond-fueled conflicts have ceased, conflict diamonds continue to be a major concern. In 2013, the Central African Republic descended into civil conflict, with both sides vying for control of the country's diamond riches. Thousands of people have perished, and over a million have been forced to flee their homes. Furthermore, diamond-fueled conflicts have claimed the lives of about 3.7 million people in the past. Millions of people are still suffering as a result of these wars: friends and family members have died, lives have been broken, and physical and mental wounds have been left behind that will last decades.

Conflict diamonds were no longer a major concern in Angola, Sierra Leone, and Liberia by the late 2000s, since the hostilities in those countries had mainly finished. They were, however, becoming an issue in Zimbabwe, where they didn't so much ignite a war as they did assist prop up Robert Mugabe's oppressive and often murderous rule. Illicit diamond trafficking is also practiced in isolated sections of the Congo, but the primary diamond-producing areas (in the south) are located in other parts of the nation than where the majority of the fighting occurs (in the east). Conflict diamonds made their way to the market during the instability in the Ivory Coast by being registered in Ghana.

The US Congress has passed "conflict diamonds" legislation aimed at controlling the diamond trade in Africa's war-torn countries. It advocates for the regulations specified by the so-called Kimberley Process, which mandates the use of government-verifiable certifications for diamond trading. Around 50 more countries have expressed interest in joining the Kimberley Process. In 2002, a method was devised to register diamonds based on their provenance, with lasers engraving information on the stones to guarantee they were not "blood diamonds." The difficulty is that with a few minutes of polishing, engraving may be readily fabricated or erased. By passing a laser beam through a diamond, it is possible to "fingerprint" it. Each diamond creates a different pattern. In the fight against conflict diamonds, this approach has little utility. The genesis of a diamond cannot be traced.