The history of a diamond engagement ring

The history of a diamond engagement ring

Today, a diamond engagement ring is a canonical symbol of serious intentions gifted by a man to a woman. But this has not always been the case. A diamond had a long way to become the love stone and earned its place in the engagement ring only several decades ago. Interested in how it happened? Check this story of an engagement ring to get the answers!

How this all started: Rings and engagements in Ancient Egypt and Rome

The story of this piece of jewelry started in Egypt. Since 4800 B.C., engagement rings had become a relic there. Back then, they were made of reed and braided papyrus. Egyptians titled these grassy circles “the ring” and saw in them the designation of eternity and the readiness to pass into family life. Specifically, people gave this piece of jewelry to each other to express mutual feelings. To make everything special, Egyptians decided that one finger on a hand should hold this ring as a “ring finger.” As you can see, the very idea of an engagement ring was invented in Ancient Egypt as the manifestation of a cosmic feeling that creates a future family. 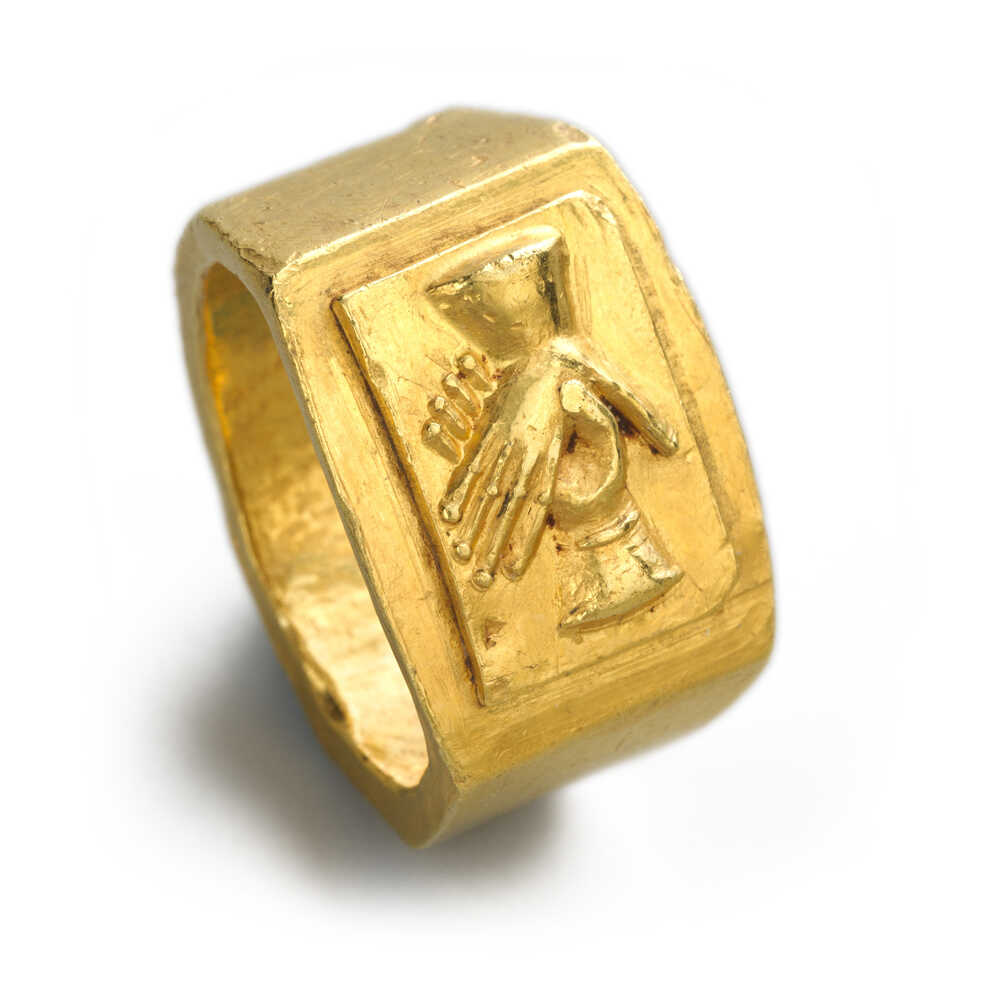 The Romans had their traditions. Back then, a man gave his fiance two rings before the ceremony. One of them was made from gold, and a woman had to wear it in public. The iron ring was intended to be worn at home. Maintaining households was hard, and so, the iron ring could be lost quickly. That’s why the more expensive ring was made for public appearances. However, Romans were not that romantic in gifting this piece of jewelry. A woman wore a ring connected to small keys to represent her dependence on the husband.

When the Roman Empire was ruined, Rome still influenced the development of wedding traditions. In particular, the Roman Church invented a wedding ceremony in the 13th century. At the Lateran Council in 1215, Pope Innocent III decided to ban marriage. He said that the ceremony is a church’s affair, so it needs time to be prepared appropriately. Moreover, other people must be at the wedding ceremony to confirm it really happened. Since then, the marriage has started to get religious meaning and concrete regulation.

How the first diamond engagement ring appeared: One special royal feeling confession in 1477

There were no diamond rings until 1477. But that milestone year changed everything. The diamond invasion began when Archduke Maximilian presented to the Burgundian Mary a ring with diamonds. In this gift, he decided to fix the stones in the form of the first letter of her name. This idea shook the world — and steadily, the beauty of a diamond ring became closely linked with the value of a wedding ring.

Jewelers became inspired by the gift of Archduke Maximilian, and their mastery in making diamond rings was carrying forward at extreme speed. At the same time, their skills served wealthy couples only.

How royal families got married: The history of diamond rings in the 1700s-1800s

Generally, the 18th and 19th centuries were the most popular time for jewelry and scrupulous metalwork. And their expansion was closely linked with the tastes of Queen Victoria who was at the head of Great Britain for 63 years. During her rule, jewelry making and sculpture experienced the influence of different schools. By changing themselves, they significantly changed the aesthetic taste of the nation from 1876 to 1901.

For example, it was customary to insert a gem into the bride’s wedding ring. A couple of years later, jewelers decided it’s better to use darker inserts. And then, changed their mind again.

The Victorian epoch has brought some steady trends. For instance, platinum became the metal for the engagement ring band. Nevertheless, the most influential happening was connected with discovering diamond mines.

The year that made diamonds public: Discovering a mine in South Africa in 1870

By the end of the 19th century, there were only a few rivals on the diamond market. These stones were found in several rivers situated in India and Brazil. The mines were small and, together, didn’t bring these countries much revenue. But in 1870, a 15-years-old guy named Erasmus Jacobs changed this situation once and forever. He discovered the first diamond in the Orange River in South Africa. After that, miners there found so many diamonds that their trade could finally go beyond the jewelry for royal weddings.

Since 1870, diamonds were no longer rare. The market has become overflowed with diamonds, and British financial experts realized that something should be done with that. And they decided to create a monopoly over the diamond trade to control the supply and prices.

This new tool was named De Beers Consolidated Mines, Ltd. Steadily, it has taken control of all the mines and diamond-related companies in South Africa, Israel, and European countries. To mask the monopoly, they acted under different names in different regions: the Diamond Trading Company for England, Syndicate for Israel, or Central Office Subordinate to Diamond Trading (S.S.P) in Europe. But it was still one company.

The century that made diamond engagement rings run the world: How diamonds stood all the crises in the 1900s and became eternal 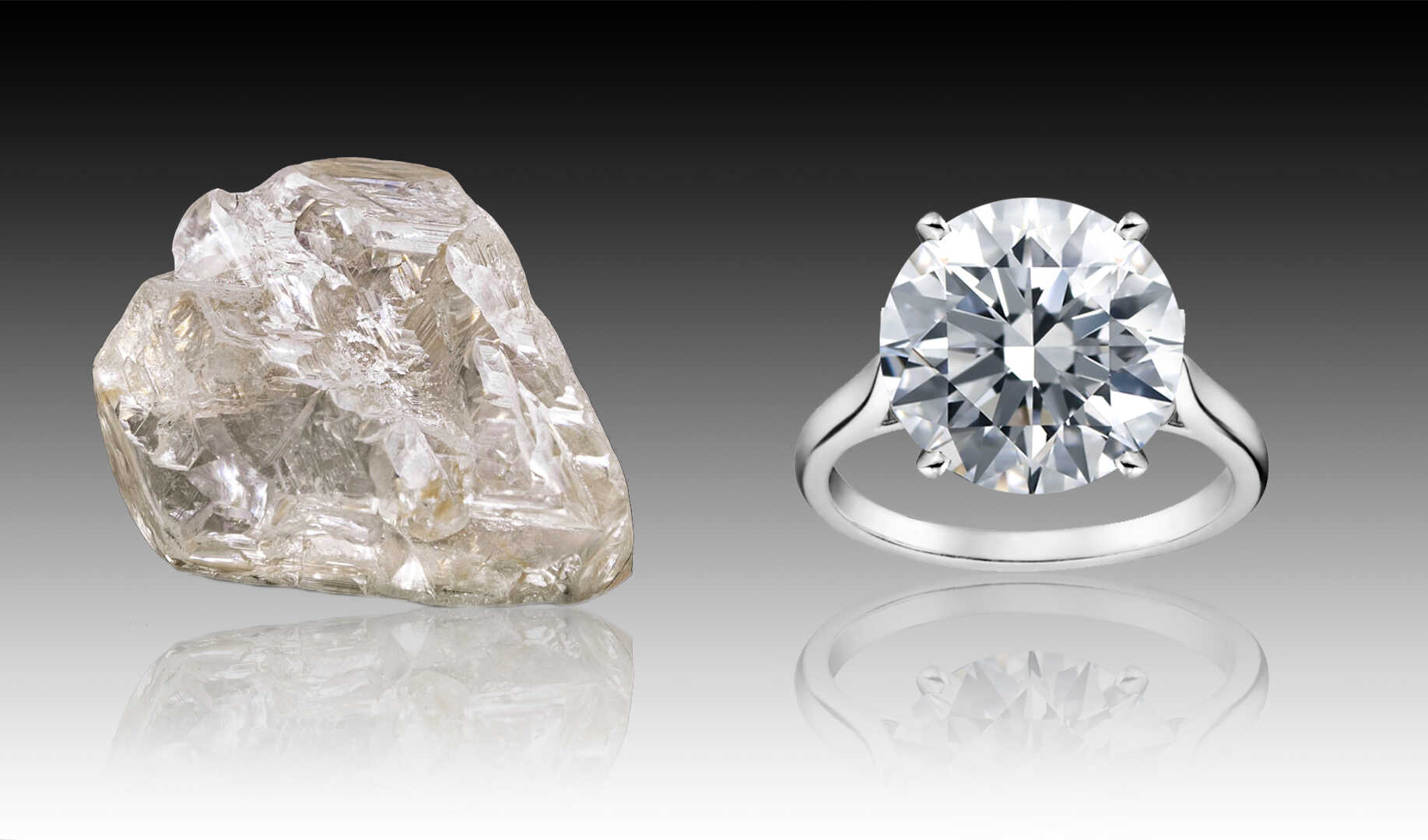 After thoughtfulness in establishing De Beers, this business demonstrated extraordinary persistence and creativity in the previous century. Notwithstanding the Great Depression, they managed to keep increasing value annually. Meanwhile, all the industries related to gold, silver, copper, and rubber suffered tremendously, being dependent on the world economy.

In those years, diamonds not only survived but also became popular. When the Great Depression began, De Beers suffered too: diamonds were selling less, and their prices were falling rapidly. That’s why the company decided to invest in promotion. In 1948, De Beers referred to N. W. Ayer & Son advertising agency to empower their marketing strategy. And the copywriter Mary Frances Gerety offered a slogan which is today a world-famous phrase “A diamond is forever.” De Beers liked it, and the slogan appeared in the core of one of the most effective advertising campaigns ever.

Another important move was to cover all the market demand for diamond rings. And here, De Beers also acted wisely. Its experts perceived the sector of wedding rings manufacturing as an opportunity for expansion. The campaign started to convince the public that the best ring for marriage can be only with a diamond. And the legal environment was favorable to this. In the 1940s, the United States began to repeal the Breach of the Promise of Marriage Act. Since then, the words were not enough to convince your serious intentions. There must be something more.

And De Beers occupied the vacant place for a serious symbol rapidly. And we witness the consequences of this today.

That’s how a diamond engagement ring became a strong tradition. Thanks to ancient people for the rituals, Archduke Maximilian for an idea, Erasmus Jacobs for the discovery, and De Beers for quick-wittedness and a business-oriented mindset. And thanks to Diamond Registry — because with us, this beauty becomes even more affordable! Refer to our experts, and we will create a diamond engagement ring from scratch for the wholesale price.
Jewelry
Color range: i
Clarity: i
Color: Color i
Color intensity:  Faint - Fancy i
FREE QUOTE
Check the Wholesale Price