So, How Old Are Diamonds? 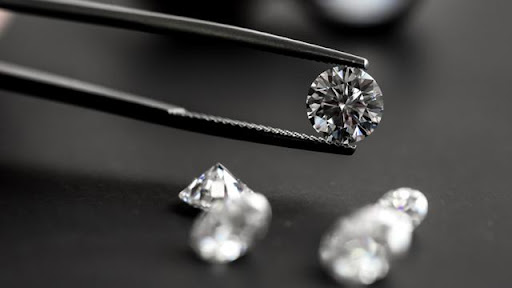 Diamonds were discovered as alluvial debris in riverbeds and beaches, and only where they could be found mattered to the early diamond hunters in South Africa. When it was found that diamonds were housed in kimberlite, exact diamond ages became crucial in the search for additional diamonds. As far as we know, all diamonds are millions of years old. The majority of diamond creation occurred in the Earth's first billion years. And the dates usually give the impression that the diamonds are pretty old. This search has also demonstrated that the oldest mineral sample you can get and wear as jewelry is a diamond, which may be three billion years old or older—nearly three-quarters of the Earth's history. This quality cannot be duplicated in a synthetic diamond.

How to Determine Diamond’s Age?

Diamonds are often dated by examining for radioactively dated inclusions of other minerals in the diamond. The diamonds themselves are impossible to date. But if the mineral inclusions include specific elements like potassium and substances that can be utilized in a radioactive dating scheme, then by dating the presence in the diamond, you get some notion of the age of the diamond itself. Estimating the age of a diamond, geochronologists employ mineral inclusions such as iron sulfide, clinopyroxene, and garnet that are trapped within the diamond and contain enough Re-Os, Rb-Sr, and Sm-Nd. The most basic assumption is that the acquired age represents the length of time the inclusion was trapped in the diamond and hence the time of diamond creation. Diamonds have been produced almost throughout Earth's history, according to isotopic analyses of inclusions in diamonds. Diamond dating, unfortunately, is a damaging process. Mineral inclusions must be broken out of the diamond in order to be described, dissolved, and isotopic composition evaluated. Scientists are occasionally fortunate enough to get several inclusions from a single diamond. The diamond's creation age or even a long-term development history can be determined in this circumstance.

The Diavik and Ekati diamonds, which are 3.5–3.3 billion years old, formed before the emergence of oxygen in the Earth's atmosphere (2.5 to 2.3 billion years ago). All of the diamonds discovered too far were created before the dinosaurs died out 65 million years ago. There's no reason to assume diamonds aren't still growing deep in the Earth's mantle right now. We won't be able to see them until rare kimberlite eruptions bring them to the surface since they originate so deep and don't withstand the oxidizing conditions of typical basaltic volcanism.

Apart from being interesting to know a diamond's age, diamond ages have proven to be highly useful tools for geologists investigating the deep Earth. Diamonds are much, much older than kimberlites, according to diamond ages. They did not form crystals in the kimberlite and are just passengers on a volcanic explosion that brought them to the surface. Diamond ages have altered our perceptions of diamonds' relationship to old continental mantle keels. Diamond ages have proven that they may develop in active tectonic areas surrounding cratons, contrary to popular belief.

The creation of diamonds has also been linked to recognized plate tectonic events. We now know that the majority of these diamond-forming fluids enter the deep Earth via subduction of hydrated oceanic slabs. The recycling of fluid mobile chemicals and elements such as water, carbon, nitrogen, boron, and sulfur into the deep Earth has been severely hampered by diamond ages. There is no other method to go as deep and as far back in time as this. According to age estimations, diamonds are not just eternal, but they are constantly disclosing fresh insights about our changing planet.