Dark Side of Diamond Mining 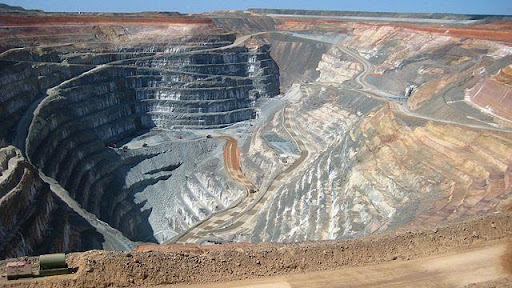 Diamonds are said to represent love, devotion, and happy new beginnings. Diamonds, on the other hand, are more of a curse than a blessing for many individuals in diamond-rich countries. Too frequently, diamond mines throughout the globe generate not just diamonds, but also civil conflicts, bloodshed, labor exploitation, environmental destruction, and unimaginable human misery. Not long ago, the general public began to notice that huge quantities of diamonds are mined under violent and cruel conditions. Consumers are demanding, with increasing vigor, that their diamonds be free of bloodshed and human rights violations. The diamond industry's response, on the other hand, has been tragically inadequate thus far. Diamonds with a tumultuous past are still mined and permitted to join the diamond supply, where they blend in with other jewels. Diamond mining is still fraught with violence and injustice.

Many diamonds in the world are mined in ways that exploit workers, children, and communities. A million African diamond diggers earn less than a $1 a day. Accidents are killing miners, child labor is rampant, and unscrupulous authorities are robbing diamond mining towns of much-needed cash for economic growth. Children are frequently employed in the diamond mining business because they are considered a cheap source of labor. Children labor long days, six or seven days a week, on a regular basis. According to a survey of diamond miners in Angola's Lunda Norte province, 46% of the miners were between the ages of 5 and 16. Life is difficult for youngsters who are confined in diamond mines. Physically demanding jobs, such as digging with large shovels or lugging gravel sacks, might injure or damage them. Children may be required to undertake the most risky jobs, such as entering tight mineshafts or going into pits where landsides may claim their life, because to their tiny stature.

Many diamond miners work in highly hazardous conditions, in addition to being severely underpaid. Small-scale diamond mining is frequently carried out without the benefit of training or experience. Miners may be lacking in safety equipment and tools. Landslides, mine collapses, and other mishaps can easily kill or harm them. Diamond mining also has a negative impact on public health. In many diamond mining communities, the sex trade thrives, contributing to the spread of HIV and other sexually transmitted illnesses. Another source of illness is environmental destruction caused by diamond mining. Thousands of abandoned mining trenches litter the terrain of Sierra Leone, thanks to miners. These holes get infected with mosquitoes and act as breeding grounds for malaria when they fill with stagnant rainfall.

Small-scale diamond mining is frequently uncontrolled. Miners are subjected to the whims of harsh and unscrupulous bosses since labor standards and minimum wage regulations, if they exist, are rarely enforced. Many diamond miners labor on their own, but they are often unregistered and have limited access to global markets, restricting their negotiating strength. Diamond diggers, in most circumstances, have little choice but to sell their gems to middlemen at below-market rates. Diamond miners who operate in small-scale mining — panning for diamonds or excavating for them – generate around 15% of the world's diamonds. Their pay, on the other hand, does not represent the worth of their labor. A million diamond diggers in Africa are believed to earn less than a $1 a day. This deplorable salary is just above the poverty level. As a result, tens of thousands of miners are without basic needs like running water and sanitation. Hunger, illiteracy, and infant mortality are all too frequent in the developing world. Diamond mining villages are sometimes the poorest even inside emerging countries.

Angola's ecology has suffered greatly as a result of a century of irresponsible diamond mining. Irresponsible diamond mining has resulted in soil degradation, deforestation, and the displacement of local communities. The diamond business in Angola has been especially sloppy when it comes to safeguarding rivers and Ecological Devastationstreams from exploitation. Diamond miners have rerouted rivers and built dams to expose riverbeds for mining, wreaking havoc on fish and animals in the process. Wildlife has disappeared, topsoil has deteriorated, and land that was once ideal for cultivation has become a barren wasteland. The mining pits have also wreaked havoc on the public's health. When the pits become infected with mosquitoes due to stagnant rainfall, malaria and other water-borne illnesses develop.

Above all, make it sure that your diamond is conflict free.