Blue Topaz: the Most Exclusive and Valuable 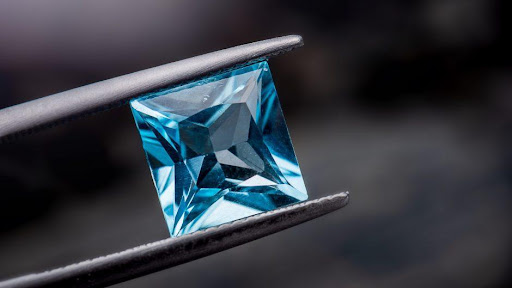 Blue topaz is the most exclusive and valuable variety of topaz, making it an extremely desirable gem. Even though the majority of blue gemstones have been treated to produce a deeper shade of blue, naturally occurring blue topaz does exist. However, the color of naturally occurring blue topaz is not as rich or dark as the blue topaz that is featured in rings and other forms of jewelry that are made with the gemstone. History Topaz has been mentioned in written history as far back as the Middle Ages, and the Bible's King James Version even makes a reference to the precious gemstone. According to some sources, blue topaz is currently the second most sought after gemstone in the world. The use of blue topaz in engagement rings is a well-liked trend in the realm of wedding bands. Even though wedding rings are becoming less common, newlyweds continue to view them as an important symbol of their union. However, in modern times, earrings and necklaces featuring blue topaz have become the most popular ways to wear this gemstone in jewelry. Origin Although the majority of blue topaz is extracted from mines in Brazil, this type of topaz can also be extracted from mines in other parts of the world, such as Germany, Mexico, the United States, and the Czech Republic. Topaz is found all over the world because it crystallizes in granitic material, specifically granitic material of the rhyolite variety. This means that topaz can be found forming in every continent. Treatment Because blue topaz is the rarest form of topaz that occurs naturally, most varieties of the gemstone require heat treatment in order to produce the deep, rich blues that consumers are accustomed to seeing in blue topaz jewelry. This is because blue topaz is the rarest form of topaz that occurs naturally. The heating process is also used to eliminate any undesirable inclusions that may have been present. Topaz with a deeper blue hue is more uncommon and, as a result, commands a higher price. The price of blue topaz that has formed naturally is higher. The majority of the blue topaz that can be purchased is simply white topaz that has been subjected to irradiation and then heating in order to transform it into blue topaz. After that, the blue tones are produced, and once they are there, they are there to stay in the stone. Consumers have recently raised concerns regarding the safety of the irradiation process, despite the fact that the American Nuclear Regulatory Commission established in 2007 that the irradiated gemstone is in no way hazardous to the health of buyers. The mineral known as blue topaz is categorized as a silicate. The type of mineral that is found in the greatest abundance everywhere in the world is called silicate. There is silicon and oxygen in all silicate minerals; however, blue topaz also has deposits of fluorine and aluminum in it. Mohs Scale (The) The Mohs scale places blue topaz at a rating of 8, indicating that it is a tough and long-lasting gemstone. You can easily remove any buildup of day-to-day grime and dirt by washing the affected area with a gentle brush that has been dipped in a solution of a gentle detergent and water. Birthstone Blue topaz is associated with the month of December and the astrological sign of Sagittarius. Blue topaz is also known as the December birthstone.