Alrosa to Discontinue Funding for the Natural Diamond Council 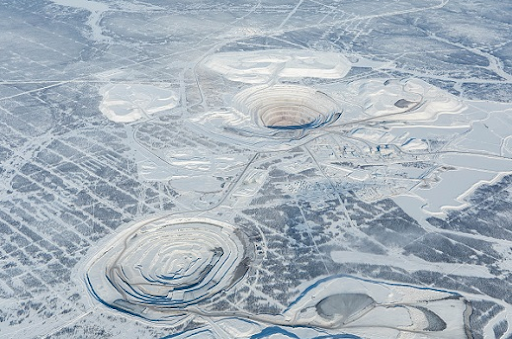 Because of the impact from Russia's invasion of Ukraine, Alrosa has decided to leave the Natural Diamond Council (NDC).

“The board of directors of the [NDC] has today received Alrosa’s decision to suspend its membership,” the council said in a statement. “In suspending its membership, Alrosa has stepped down from the board and will cease all financial contributions.”

The National Diamond Council (NDC) is responsible for category marketing on behalf of the diamond industry. It is funded by a group of major diamond miners, including De Beers, Rio Tinto, and Petra Diamonds. The departure of Alrosa means that the organization has lost one of its most important sources of funding.

“We understand and respect Alrosa decision given the current geopolitical situation,”said David Kellie, CEO of the Natural Diamond Council. David Kellie believes tha Alrosa will maintain its commitment to operating as a socially responsible corporation, in line with industry best practices and high standards, as set forth in its strategic plan.

Kellie also out that Alrosa has been investing "billions of dollars" in the development and support of communities in and around its facilities, and she wished the firm well in resolving the current challenges.

'The current situation is unprecedented,' Alrosa stated in a statement released Friday. “The company continues to monitor and analyze repercussions it might have for the industry and relationships that have been built over decades across the world. Alrosa takes time to reassess the portfolio of its key projects, standing firm with the principles of sustainability and full transparency.”

Several Russian entities — including Alrosa and its CEO — have been sanctioned by the United States in response to the Ukraine conflict, which began on February 24 and has prompted widespread condemnation of the Kremlin. The Responsible Jewellery Council (RJC) said on Thursday that the miner had voluntarily stepped down from the organization's board of directors.

It stated it was "concerned by the violence in Ukraine and inspired by the fortitude of its people." De Beers is a diamond company. The acts of Russia were criticised by the business's parent corporation, Anglo American. Both groups will make contributions to alleviate the suffering of those who are in need.

In a statement, “The conflict in Ukraine does not currently have any direct impact on Anglo American’s business, as we have no operations or offices in Ukraine or Russia,” “There is potential for broader markets and supply chains to be affected, and we are working with our partners and industry bodies to monitor the situation and prepare for any disruption.”

World Diamond Council (WDC), which represents the diamond industry in the Kimberley Process (KP), asked members to abide by the fines imposed by the KP.

“As an organization dedicated to the eradication of conflict and the pursuit of human rights and dignity, the World Diamond Council is dismayed by the loss of life, the injury to people and the displacement of innocent individuals and communities in the Ukraine and the region,” it said. “We fervently hope that peace is restored as soon as possible.”