Most women get proposed marriage perhaps twice in their lives, but how about several times? Jennifer Lopez is one of the lucky few who received larger than 2 carat diamond engagement rings from several serious suitors. Each diamond engagement ring being more expensive and more beautiful than the previous as if each new boyfriend were trying to out-do the former lover. She was married from 1997 to 1998 to Ojani Noa and he proposed with a pear-shaped diamond ring estimated to have cost somewhere in the mid six-figure range. In the photo below, boyfriend №5 and  sportsman Alex Rodriguez. 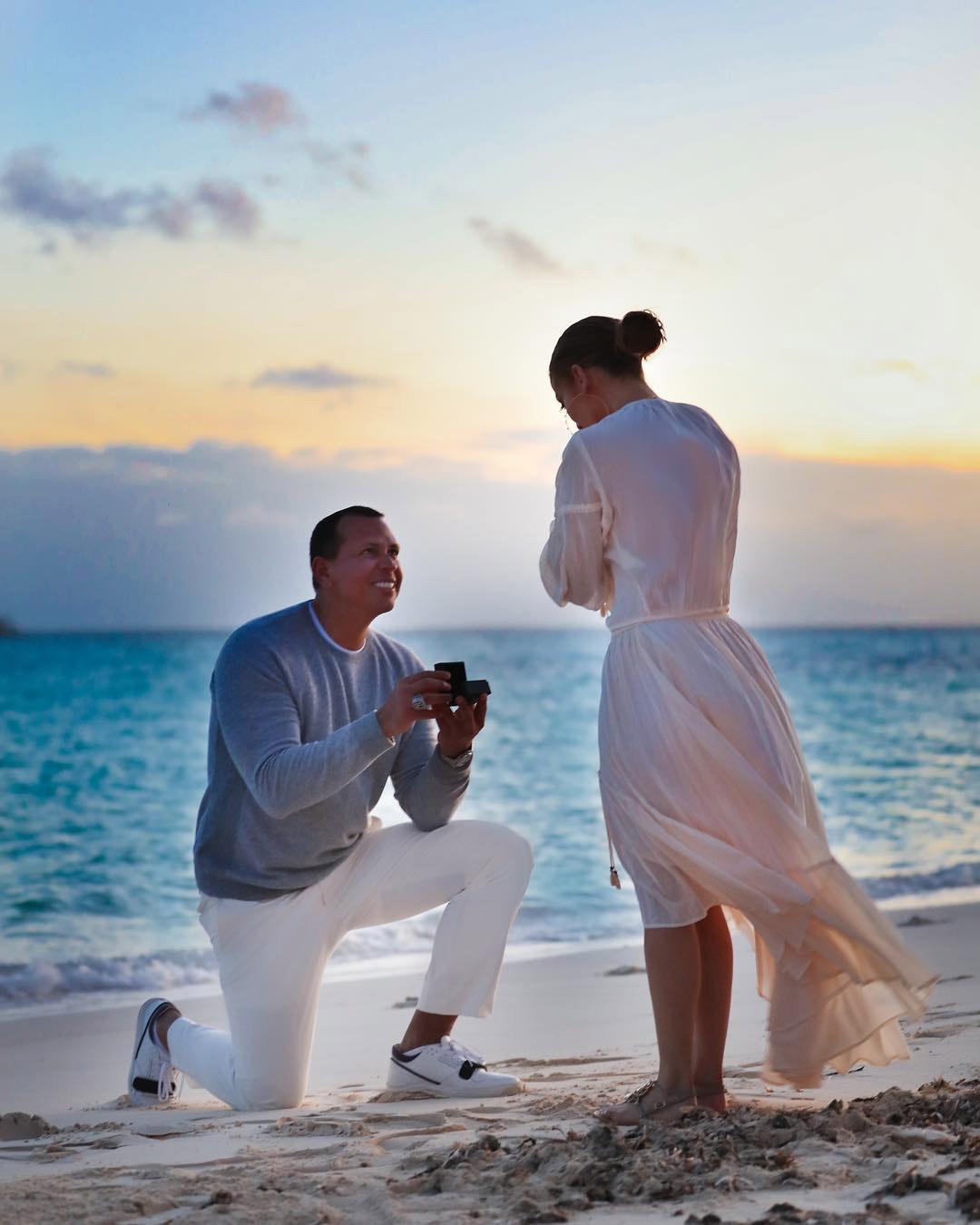 Serious boyfriend №2: Chris Judd proposed with an Emerald cut diamond ring estimated to be just under $1million dollars in 2001. From this point onward J’Lo has received Emerald cut diamonds from her accomplished men. Other high status men were watching on the side-lines waiting for any of her current relationships to fall apart opening the opportunity for them to dazzle Ms. Lopez with an even bigger diamond engagement ring. How could anyone be so blessed and lucky to have such a romantic fairy tale play-out again and again with diamond happy endings. Serious boyfriend № 3: American movie actor Ben Afleck climaxed his 1 year relationship with J’Lo ( 2002-2003) with a 6 carat pink diamond. It was rumored he had always wanted to buy the engagement ring in New York because as a classic movie fanatic himself, he had seen so many romantic movies where the hero in fact travelled to buy an engagement ring in NY - a very romantic city. The fabulous 6 carat diamond was returned to Mr. Afleck when his relationship with the superstar diva ended as dramatically as it had started.  We here at The Diamond Registry call her, “The Emerald Cut Diamond Princess”

There is a certain “trinity “ that our  “Emerald Princess” is searching for ; a balance between the magical power of a large carat diamond engagement ring, her man – and herself .

It would seem she almost achieved this balance, this trinity with her first serious husband №4 Marc Anthony, who she married and had two children together [2004-2011].  Mr. Anthony proposed with an 8.5 carat blue diamond estimated to have cost $4.5 million dollars. The peculiar trend with American celebrities seems to be the emerald cut diamond engagement ring. However, there are lesser known celebrities being gifted and proposed with Round cut and Princess Cut diamond engagement rings. At The Diamond Registry we have all cuts diamonds for your selection. 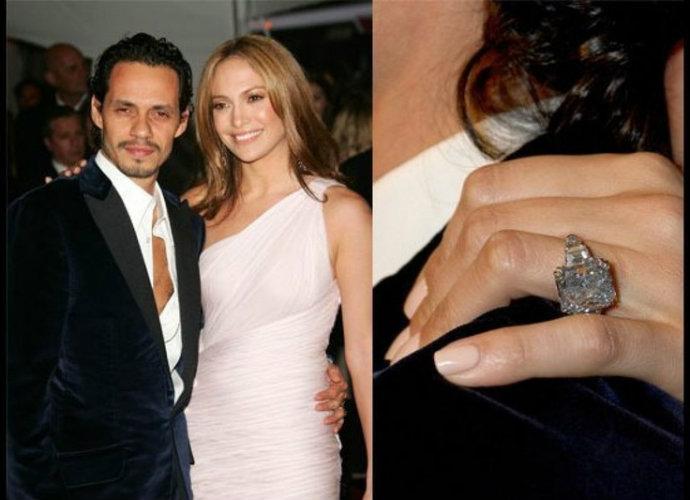 Engagement Ring №5 from Alex “Alex-Rod” Rodriguez, an American professional baseballer. An athlete with the fifth largest sports contract of $275 million dollars! This is a man with real diamond purchasing power and exactly the type of higher-end client that would buy from The Diamond Registry in New York or Hong Kong. He proposed this March 2019 with a 15 carat Emerald cut diamond engagement ring. 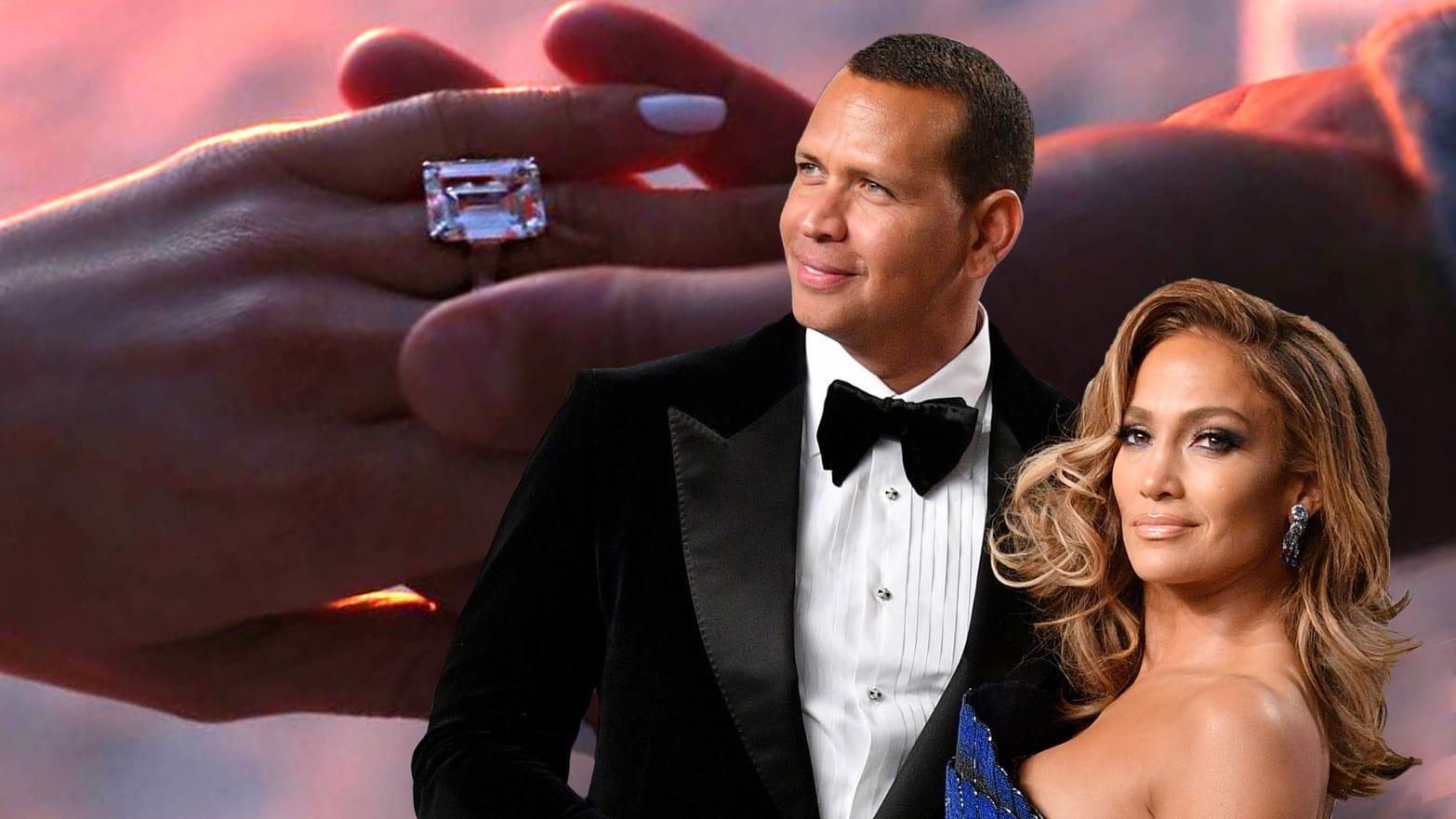 The cost of this 15 carat diamond ring is not important. What is main?  Love! And love we believe has no price. We here at The Diamond Registry highly recommend anyone willing to buy a diamond gift considering to receive individual consultation from our team in New York and or Hong Kong to ensure that your 2 carat diamond or 8 carat diamond engagement ring is the best engagement ring your love will appreciate —followed by an equally stunning diamond wedding band which we have in the most exquisite arrangements. Leave a request and trust us to offer you the best consultation.