What are conflict-free diamonds

The idea of conflict-free diamonds is gaining momentum. That’s because many people are interested in being socially responsible and eco-friendly while dialing with the diamond industry.

But is it possible to embrace evil by buying a beautiful natural gemstone? Indeed, many clients become surprised they can harm the environment by buying a diamond. But the reality is harsh: there’s a high risk to support unethical dealers if you don’t understand how to choose a diamond dealer. The reliable seller should take all the possible risks, and this commonsense practice has been protecting diamond buyers for years. For over 60 years, we in Diamond Registry carefully check each diamond wholesalers send us. But not everybody in the industry acts that responsibly. We share our knowledge and key principles for choosing ethical diamonds to help you reassure your diamond’s ethical background.

To understand the concept of conflict-free diamonds better, let’s investigate how the traditional diamond mining happens and how the world came to making diamonds conflict-free. And then, we will share with you our method and recommendations for choosing real ethical diamonds.

The history of conflict-free diamonds

The story when an occasional diamond trade turned into an industry started a couple of centuries ago. Back in 1877, the first mine was discovered in South Africa, and the huge supply of diamonds became real.

But before we proceed with this story, you should understand that getting a diamond into the ring is long and hard. The difficulties start with the mining process. First, you have to wait millions of years for the precious stone to form deep inside the earth. And then, the tremendous workforce is needed to get the raw diamond from there and send it to diamond cutters.

And this is the stage where all the ethical problems start.

Historically, all the major mines in Africa are controlled by the corporation titled De Beers. It has European roots and publicly manifests its strict adherence to ethical principles. If it were the same today, everything would be fine. But in reality, there are many other players in this market. In Africa, there appeared numerous informal diamond actors, willing to compete with this market leader. And the only option was to reduce the price and go for the lower standards in diamond mining. 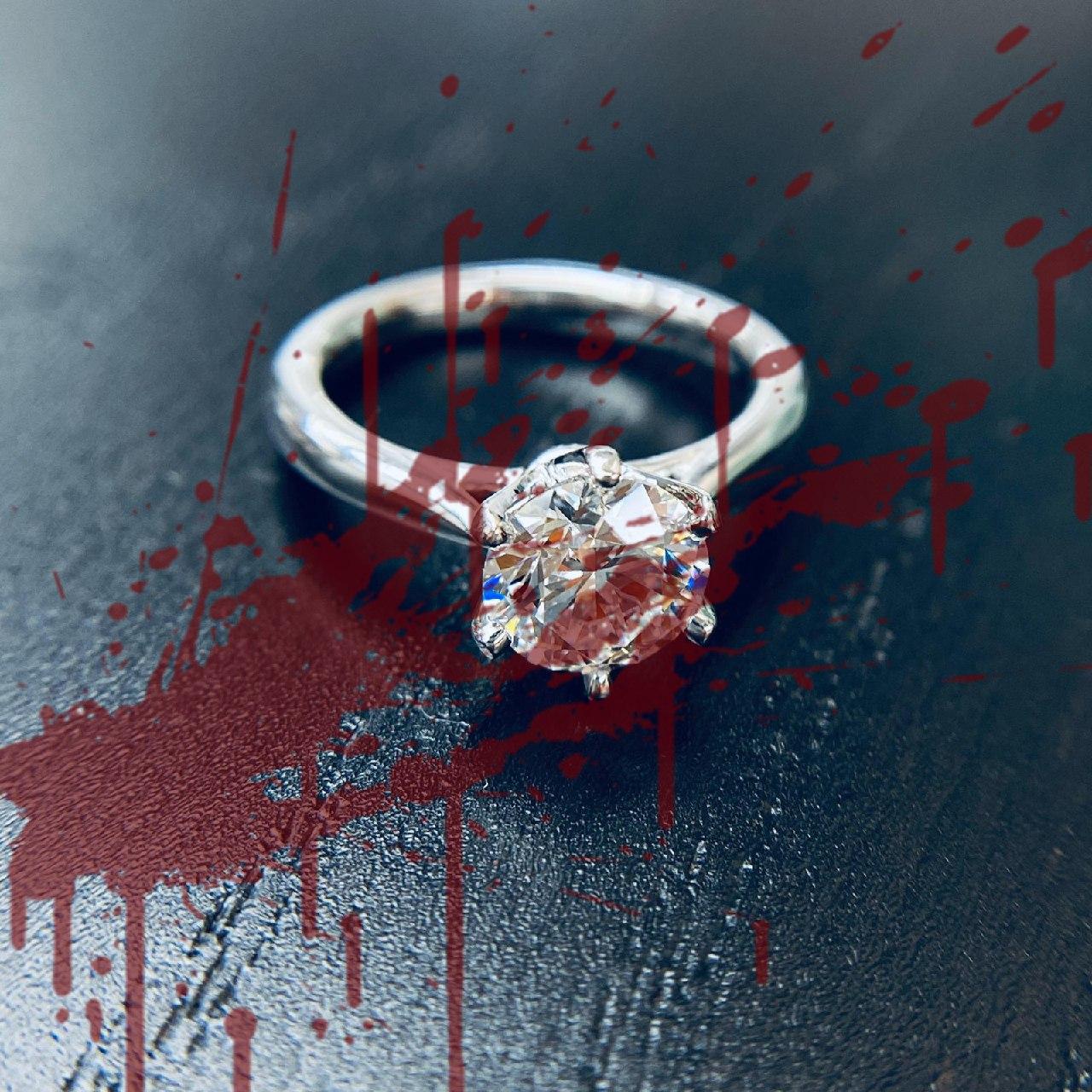 This is how unethical, bloody, and violent artisanal mining was invented. This style of getting diamonds from the ground relies solely on manpower (to save money on mining equipment), intense (because these companies want to compete with the supply from De Beers), and illegal (as it involves the labor from non-unionized African workers). The best illustration of how it happens is shown in the political war thriller titled Blood Diamond (2006). Even though it’s cruel, the reality is even more dreadful than its shocking plot. In these mines, small children spend 6 to 7 days per week stooped in the swamp, being raped and tortured by the members of local criminal bands. The extent of barbarism doesn’t stop here. Smelling the indulgence, these criminals proceed with their activity to devastating large areas of farmable land.

This scene became so widespread with the time that big diamond actors and ethically healthy people decided to take serious measures to deal with it. That’s how the Kimberley Process appeared.

The stakeholders in the diamond market became very concerned about the problems of violence. In Kimberley, South Africa, they decided to act decisively in the face of the crisis. During this meeting in May 2000, these actors prepared the resolution to prevent the beneficiation of rebel movements. However, the decisive action happened two years later.

In 2002, these negotiators laid down in the legislation that trading conflict-free diamonds became the norm for the diamond industry. During the Kimberley Process, the coalition made from national leaders, non-state actors, and diamond industry representatives agreed to regulate both export and import ethically. Together, 54 participants (where the entire European Union stands as a single participant) created the resolution titled The Kimberley Process Certification Scheme (KPCS). In this document, they publicly claimed the united efforts on preventing conflict diamonds from the trade. UN mandate and 11 members of The Civil Society Coalition were also involved in confirming the achievement.

Together, they agreed these exact actions are required from any participant in KPCS involve:

These days, the Kimberley Process operates as a country-signed norm. The governmental mechanism of each participant controls the origin of the diamonds. As a private cooperate, a diamond-related company should follow the law and avoid participating in the illegal activity for a country that signed the Kimberley Process document.

What are the countries that didn’t sign the Kimberley Process

Even though the appearance of the Kimberley Process is a revolutionary and necessary step for the diamond trade, several countries avoided signing this document. Among them, you can spot many representatives of Latin America and Africa. Actually, their unwillingness to participate in the new norm resulted in the current problems with bloody diamonds today.

There are not many countries that signed the Kimberley Process in Latin America. The precise list is:

So, if you’re located in Argentina or the Dominican Republic, for example, the customs of your countries do not protect you from the import of bloody diamonds. In other words, there’s a high risk of getting into trouble with the illegal diamond trade.

When it comes to Africa, only 21 out of 54 countries on the continent signed the Kimberley Process document. They are Sierra Leone, Mali, Guinea, Togo, Ghana, Côte d'Ivoire, Liberia, Cameroon, Central African Republic, Gabon, Republic of Congo, Democratic Republic of Congo, Angola, Tanzania, Mauritius, Zimbabwe, Botswana, Namibia, Eswatini, Lesotho, and South Africa. Because of them, it’s not already relevant to automatically link the bloody diamonds with the African continent. Even though there is always a risk of illegal trading, the countries mentioned above have committed to protecting diamond buyers from unethical purchases.

Is following the Kimberley Process a guarantee you’ll get a conflict-free diamond?

In most cases, yes. The alliance with the Kimberley Process demonstrates the readiness to dedicate maximum effort to do diamond business ethically.

Nevertheless, the supply chain for sourcing each diamond is sophisticated. It’s not always easy to track the stone’s real origin, not only the last stop spotted in the process. You can also face the problem of human rights violations or information bias — even in the country that declares itself as “beyond conflict-free.” Finally, many companies use marketing tricks and simply cover the truth about the real origin of their diamonds.

That’s why the only reliable way to ensure the sustainability of your diamond is to source it directly from the wholesaler situated in the Kimberley Process member state. And of course, don’t disregard your taste and intuition — they will tell you a lot about the best diamond too! 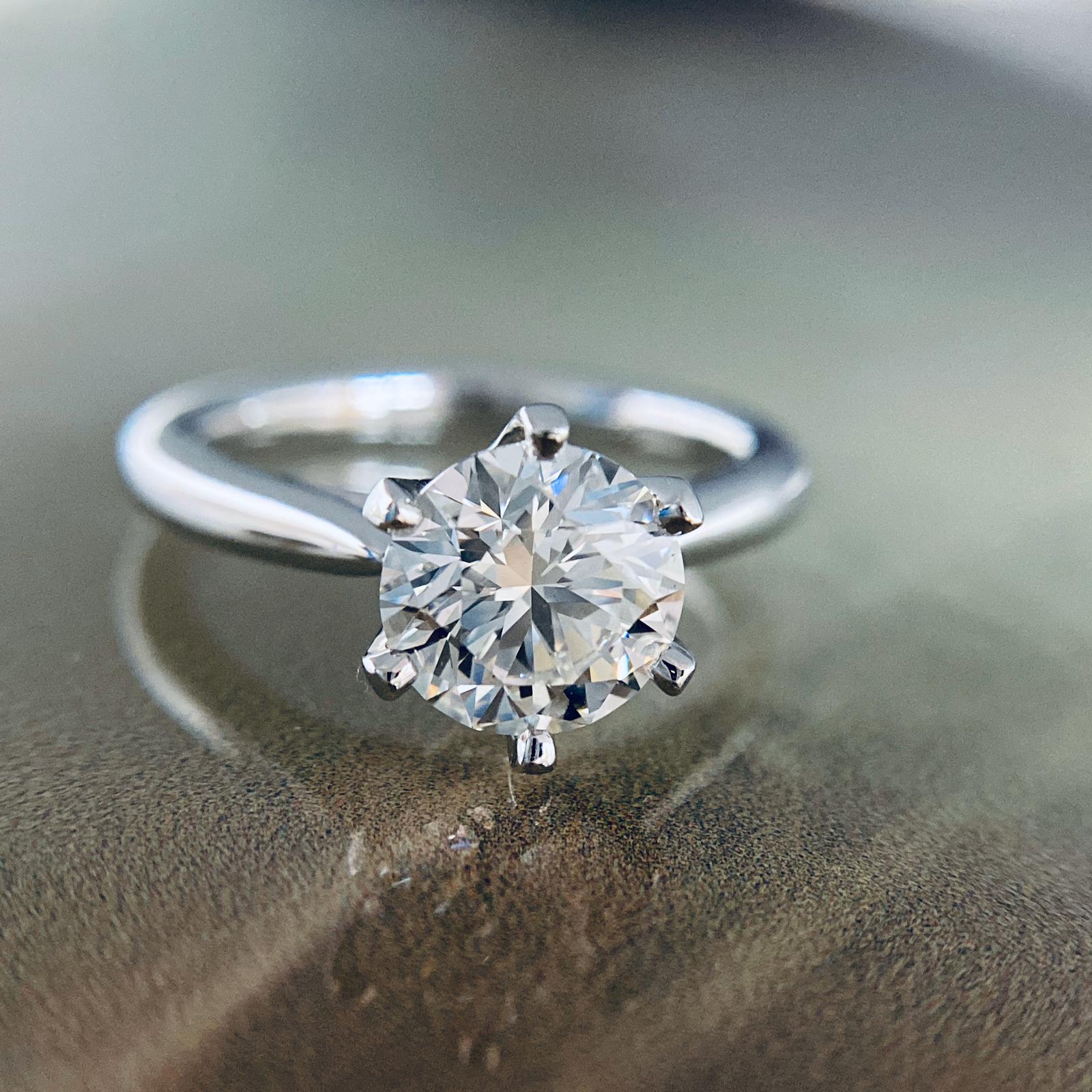 How can I be sure a diamond is conflict-free?

Unfortunately, the story about conflict-free diamonds hasn’t ended with the resolution made during the Kimberley Process. There’s still a high risk of buying a bloody diamond — especially if you lack the specialized knowledge of how to check the origin of this precious stone.

These days, the World Diamond Council states that almost one-fourth of the overall diamond supply consists of bloody diamonds. Among these jewels, the majority (slightly above a half) have roots in marginal illegal digging. In the given circumstances, conflict-free diamond certification is the best way to ensure the sustainability of your diamond. If you have doubts about your particular stone and/or diamond vendor, you’re welcome to visit the Diamond Registry office and order the diamond from us.

We work as a member of the Kimberley Process in our Hong Kong and New York offices — since both these countries signed the resolution. Hong Kong is especially strict about conflict products, obligating each vendor to validate the origin and transportation of its diamonds. According to Import and Export (General) Regulations Chapter 60A, Laws of Hong Kong, any activity connected with rough diamonds needs registration in the Trade and Industry Department. And the Import and Export Ordinance Chapter 60, Laws of Hong Kong, requires a license for the import of rough diamonds — precisely, you should get a Kimberley Process Certificate.

Diamond Registry sticks to the international norms about diamonds for years. We order your precious stone from a conflict-free source to remain ethical and to avoid troubles with Hong Kong customs. That’s how we guarantee our clients they get a conflict-free diamond from a validated source. To double-check the quality of the stone’s origin, we can get a lab-grown diamond or a diamond from a Canadian mine — many customers rely on them to feel relieved about the diamond origin.