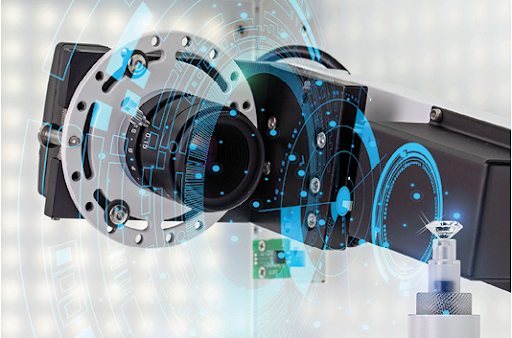 According to Zhanna Beissekova, head gemologist at London-based lab International Gemological Reports, the rise of artificial intelligence-assisted grading is a positive development for the industry and consumers (IGR). “Clarity grading is the most time-consuming part of examining the stone, especially when it comes to SI- and lower-clarity stones. This technology can help laboratories increase efficiency and grade more diamonds in less time, leaving gemologists to focus on other aspects of the job.”

Furthermore, she explains, it can make it more difficult to fabricate bogus grading reports, as well as aid diamond producers in categorizing stones into subcategories that correspond to the most appropriate sales markets.

Debbie Azar acknowledges that there are advantages. “The diamond trade wants and needs a way to grade diamonds that’s more consistent, accurate, and repeatable than what humans can provide,” says the co-founder and director of New York-based grading lab Gemological Science International (GSI), which is based on artificial intelligence.

However, this does not imply that human graders will be phased out as a result of the AI-assisted process. “As in all industries, development of technology means workforce adaptation,” Azar explains. “Human diamond graders may have to upskill to learn how to operate the technology, or find different ways to contribute to the process, such as screening diamonds remotely. There are lots of opportunities, as technology shifts, for people to apply their specialized knowledge and experience in different but valuable ways.”

“the first diamond colorimeters to assess D to Z diamond color were developed in the 1940s, so really, automated diamond grading is nothing new.” she points out.

A Clear Understanding Of The Goal

Since then, the institute has collaborated with computing giant IBM to develop its own automated clarity-grading system for use by researchers. It is anticipated that the proprietary system will be implemented at the GIA labs in 2020.

According to Pritesh Patel, senior vice president and chief operating officer of the Gemological Institute of America, IBM “added expertise in artificial intelligence and machine learning to our unparalleled data set of clarity information on tens of millions of diamonds, along with the skills of the GIA’s expert graders,” in addition to the skills of the GIA's expert graders. It is anticipated that having human graders review and validate each recommendation from the AI system will improve the precision and accuracy of the recommendations.

According to Tom Moses, the Gemological Institute of America's executive vice president and chief laboratory and research officer, “The river of diamonds that flows through our laboratories every day provides a unique opportunity to see a wide range of [specimens], resulting in a robust, well-trained AI system,”

According to a GIA spokesman, the institute is looking to expand its automation to include evaluating fancy colors as well. “Based on our years of experience with instrument-supported color grading of D to Z diamonds, we are developing algorithms to support grading of fancy-colored diamonds.” he says.

Moses, on the other hand, emphasizes that “our expert laboratory staff will always be a crucial part of our diamond grading process. As we develop more instrumentation to support that process, for everything from weighing stones to scanning for proportions to assisting with color grading, diamond graders will be able to focus on more complex aspects of grading, along with new services.”

The Sarine Clarity system, developed by Israel-based Sarine Technologies, is a competitor of the GIA in the artificial intelligence department (see box). When diamond inclusions and blemishes are detected, the machine automatically maps them. This eliminates any inconsistencies that might arise from subjective human perception. The algorithm for Sarine's grading system, like the GIA's, is the result of years of research by a team of gemologists who studied a variety of polished diamonds, with further enhancement provided by machine learning based on the measurements obtained from those diamonds.

Questions That Are Probing In Nature

When evaluating an artificial intelligence-assisted diamond grading program, one of the most important questions to ask is, "How do the program's algorithms work?" says Azar. In light of the fact that computers simply process the data that is fed to them — a situation that early IBM programmer George Fuechsel famously described as "garbage in, garbage out" — Azar recommends asking what type of data is being fed into the computer.

Other considerations, such as hardware specifics, lighting conditions, orientation, and the assessment methodology, are also beneficial to be aware of and understand. "Can you tell me about the grading standards?" she inquires. Despite the fact that the final assessment is made face-up, diamonds are three-dimensional objects that are examined by human graders in all three dimensions. She also recommends that the program's methodology for establishing a baseline for comparing the stones be confirmed.

Azar goes on to say that the cameras and sensors that the AI systems use must be sensitive enough to accurately distinguish higher clarity grades, and that both the GIA and Sarine have state-of-the-art instrumentation to accomplish this.

Indeed, ever since the founding of the first guild of diamond cutters and polishers in Nuremberg, Germany, in 1375, the art and science of diamond grading have been steadily progressing and improving. There is no going back now that automated grading systems are producing increasingly objective analyses at breakneck speeds.

Sarine Is On The Cutting Edge Of Technology.

Founded in the Israeli city of Hod Hasharon in 1992, Sarine Technologies is a publicly traded company that has specialized in computerized diamond grading systems since the introduction of its DiaMension technology. DiaMension, the company claims, was the first cut-grading system to provide automated measurements of a diamond's proportions, which have a significant impact on a stone's overall cut quality.

The AI-assisted eGrading system, which covers light performance and other metrics in addition to the 4Cs, is also available from Sarine today. According to Sarine, the light performance of a diamond — which is a measurement of the stone's interaction with light — is the most accurate and comprehensive way to determine the stone's visual attractiveness.

eGrading eliminates the need to send diamonds to a laboratory, saving on the costs of third-party evaluation and insurance, as well as on time and labor spent on grading the stones. The system shortens the time it takes to complete grading requests and can handle large-scale requests with ease. Furthermore, because its parameters extend beyond the 4Cs, eGrading allows buyers to source more specific stones, resulting in a more efficient supply chain.

Similarly, on the clarity front, the AI-based Sarine Clarity system can map diamond inclusions and blemishes, thereby eliminating the issue of human inconsistency that exists in this aspect of the grading process. Meanwhile, Sarine Diamond Reports present a stone's information in an eye-catching, dynamic manner that can educate the consumer by delivering grading information through an interactive digital display.