Scientists and dreamers alike have long been enthralled by the prospect of creating a beautiful and precious diamond from basic carbon. Many have attempted to perform this incredible feat, much like the alchemists of old who attempted to transform lead into gold. The use of synthetic diamonds is not new. For the past half-century, making them has been a reliable business. Diamond Innovations (formerly part of General Electric), Sumitomo Electric, and De Beers manufacture more than 100 tons of the stones each year across the world. Synthetic diamonds are tiny synthetic diamonds that are used in saw blades for cutting asphalt and marble, drill bits for oil and gas drilling, and even as a cosmetic exfoliant.

Researchers at the Allmanna Svenska Elektriska Aktiebolaget Laboratory in Stockholm, Sweden, created the first synthetic diamonds (diamond grit) in the early 1950s. They didn't publish their work right away. Soon later, GE researchers published a paper in Nature detailing their own successful diamond synthesis. Both teams, like Gemesis, utilized circumstances that mimicked the pressures and temperatures that diamonds are expected to grow under in nature. 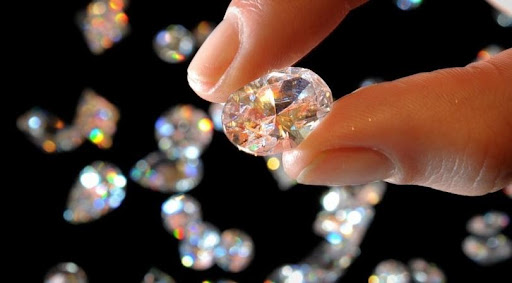 Many individuals have claimed to have successfully manufactured diamonds throughout history. It wasn't until recently, however, that a documented and repeatable procedure was proven. One of the first pioneers in the discipline was Henri Moissan. He claimed in 1893 that he had created a diamond by heating charcoal to 3,500 degrees Celsius within a carbon crucible. Many attempts to replicate his techniques were attempted, with some success reported, but none of them could ever be scientifically validated. The search went on.

Because diamonds are crystalline forms of carbon, creating artificial carbon crystals was a challenge for lab-grown diamonds. Manufacturers of synthetic gemstones have attempted to grow diamonds in the same way as rubies, sapphires, and emeralds have been grown for decades. It was a flop. Then they came up with the concept of growing diamonds in the lab in the same way that they develop in nature.

High Pressure/High Temperature (HPHT) manufacturing was used to create the first effective synthetic diamonds. HPHT diamonds are made using three primary production processes: the belt press, the cubic press, and the split-sphere (BARS) press. The objective of each procedure is to produce a high-pressure, high-temperature environment conducive to diamond formation. Each procedure starts with a tiny diamond seed which is placed in carbon and put under very high pressure and temperature to develop the diamond.

Diamond powder was initially made via shock-wave technologies, or explosive-shock procedures, in 1961, and tiny amounts of the substance are still made this way. Russian scientists began investigating techniques for producing diamond by decomposing carbon-containing gases like methane at high heat and low pressure in the 1950s. Japan developed commercially viable versions of this chemical vapour deposition technique in the 1980s.