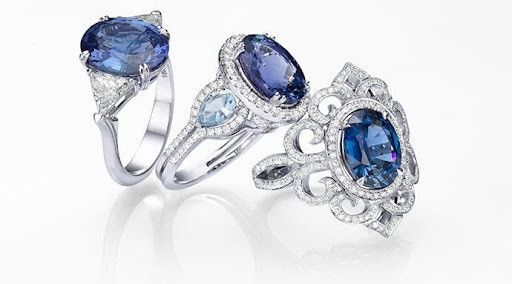 Often used as a substitute for diamonds, sapphire is a rare and valuable gemstone. The sapphire is a fascinating gemstone with a rich history of value and appreciation because of its wide range of color hues. As a symbol of wealth and prosperity, sapphires were worn by the likes of Helen of Troy, King Solomon, and Marco Polo, among others, in alchemy and religious rituals.

Corundum, an aluminum oxide mineral found on the Earth's surface, is the primary component of the sapphire gemstone. Because of the inclusion of trace minerals, sapphires take on the rainbow of colors we are so accustomed to seeing in them, even though corundum is a colorless mineral on its own. Despite the fact that rubies are classified as a separate gemstone, they are actually made of corundum.

Each sapphire, even if it belongs to the same color family, has a unique range of colors, tones, and saturation, as well as a unique set of inclusions, and it will require a slightly different cut in order to achieve the best possible color. Sapphires are a one-of-a-kind gemstone.

Sapphires have a Moh's Hardness Scale rating of 9, placing them second only to diamonds in terms of long-term durability. This scale was developed in 1812 by Frederich Mohs, and it measures the hardness of a mineral by scratching it against a previously tested mineral. In the end, the scale goes from 1 to 10, with a 10 being the highest and a 1 representing the lowest score. Scratches, breaking, chipping, or cracking do not occur in corundum or sapphire.

Corundum is a gemstone that forms when silicon is not present in the crystal structure. Natural sapphires are extremely rare because silicon is so abundant in the Earth's crust.

Natural vivid sapphires are even rarer, so the vast majority are heated to increase color saturation and remove unwanted colors from the stone before being cut. However, heat treatment of sapphires is not a new process and has been a common solution for centuries.

To improve clarity, heat treatment can also reduce the size and prominence of imperfections in sapphires. The price of heat-treated sapphires is lower than the price of naturally colored sapphires, despite the fact that heat treatment is common among corundum stones. According to the color, cut, clarity, and carat weight of the stone, heat-treated sapphires can cost anywhere between $1,500 and $4,500 per carat, while naturally colored sapphires cost anywhere between $4,000 and $15,000 per carat.

The 4Cs of Sapphires

Color, clarity, cut, and carat weight are also used to grade sapphires, in addition to the 4Cs. 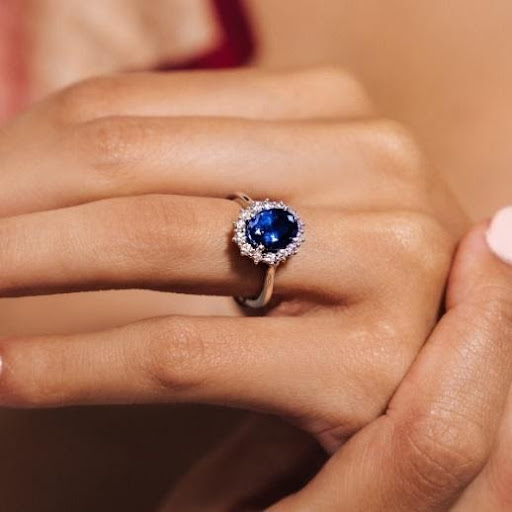 Value of sapphire gemstone is largely determined by its hue and saturation. Colorful sapphires can be found in every color in the visible spectrum thanks to natural corundum. Even though sapphires can come in a variety of colors, there are three additional parameters that can be used to assess corundum's color: hue, tone, and saturation.

The stone's tone refers to the stone's lightness or darkness. This preference ranges from color family to color family, but the most valuable sapphires have a medium to medium-dark tone. The overall appeal of a sapphire will be affected if the color is too light or dark. 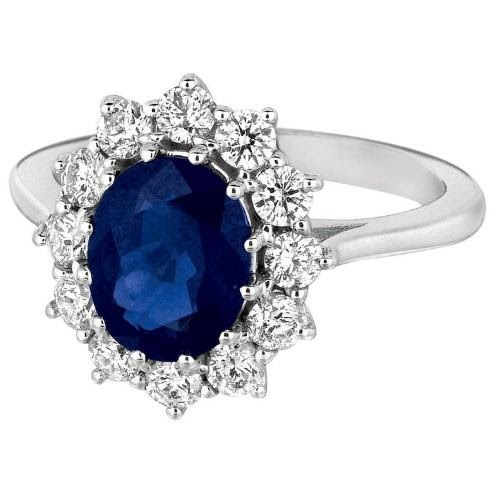 There are many different types of blue sapphires, but the most common one is a blue sapphire that has a high level of titanium in its crystal. When blue sapphires appear dark or cloudy due to oversaturation or weak saturation, the value of these gems is reduced as well. 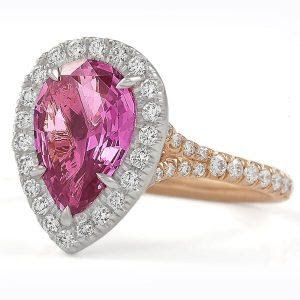 The color of the pink sapphire can range from a deep pink to a light purple depending on the presence of titanium in the crystal.

The pink sapphire is becoming increasingly popular as an engagement ring center stone, with many brides opting for a pink sapphire instead of a diamond. Corundum's pink color makes it a perfect match for a rose gold ring setting, which creates a passionately romantic vibe, especially in a pear shape. 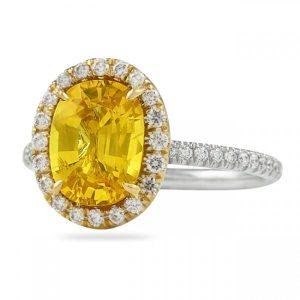 Because of its rich yellow color, which can range from greenish-yellow to orangey-yellow depending on the saturation, the sapphire is becoming a more popular center stone than the yellow diamond. Corundum crystal contains trace amounts of iron, which gives yellow sapphires their yellow hue; titanium can leak into the crystal and create a greenish tint that's undesirable in a yellow sapphire gemstone.

With a deep yellow-orange hue and saturation, the most valuable yellow sapphires look stunning in a yellow gold setting. 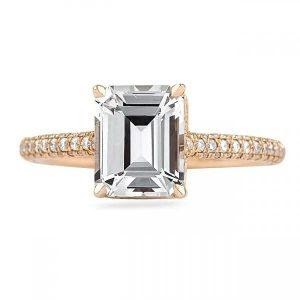 A beautiful alternative to the diamond engagement ring, the white sapphire is unadulterated corundum gemstone.

When it comes to ring settings and metal colors, the white sapphire works well with any of them. As you can see in the engagement ring shown above, the rose gold band and setting give the stone a romantic appearance. 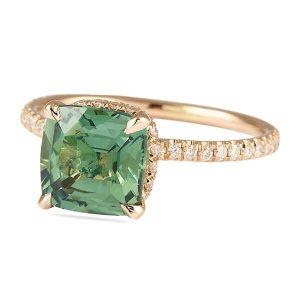 The lighter color of the green sapphire is due to the presence of trace titanium in the corundum crystal, which gives it the appearance of an emerald. The green sapphire has a wide range of saturation and looks stunning in rose gold, platinum, and white gold settings.

During crystal growth, small inclusions can form in sapphire gemstones. A gemstone's appearance can be influenced by the type of inclusions it contains, particularly in terms of color quality.

When searching for the perfect sapphire, you want to find an eye-clean gemstone just like with diamond clarity. A stunning sapphire can be described as clear if it has a clarity grade of VS or SI.

An excellent cut of sapphire gemstone will accomplish the following goals:

Cutting a sapphire requires a close examination of its various hues and tones in order to determine the best possible cut. Setting and band pairings that enhance the stone's color palette are the hallmarks of a well-cut sapphire.

Between the colors of sapphires, there is a difference in price per carat. It's easier to come by large carat yellow sapphires, for example, than it is the extremely rare Padparadscha sapphire (a peachy pink-hued sapphire).

The sapphire is a rare and beautiful gemstone that can be used as either a center stone or an accent stone. Sapphires come in a wide range of colors, making them an excellent choice for engagement rings, three-stone rings, and other jewelry pieces that need a splash of color, such as earrings.