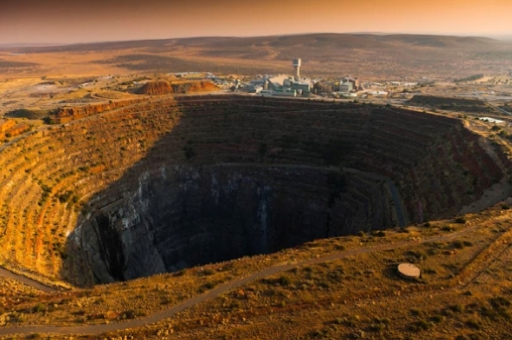 It is expected that each of Petra Diamonds' two main mines in South Africa will generate an additional 30 percent in revenue as a result of the $289 million investment.

In the case of the Cullinan mine, the project will cost approximately $173 million and will extend the mine's life until 2031, while the company's $216 million investment in upgrading the Finsch site will extend the mine's life until 2030, the company announced on Tuesday. Petra explained that both locations have additional resources that could potentially allow them to stay "well beyond" those dates. Meanwhile, the miner's other South African asset, Koffiefontein, will exhaust all of its available reserves by the end of fiscal 2025, according to estimates.

The company's revenue for the six months ending December 31 increased by 49 percent to $264.7 million, thanks to increased demand and higher prices. According to the company, a 16 percent increase in prices on a like-for-like basis more than offset a 7 percent decrease in sales volume to 1.6 million carats during the quarter.

Petrochemical company Petra made money from the sale of "exceptional stones," which included special-size rough over 10.8 carats and colored diamonds. These sales generated $77.9 million in revenue, compared to $40.4 million in revenue during the same period the previous year.

“[The company] has delivered strong results...as well as reducing net debt significantly,” Petra CEO Richard Duffy stated. “We have benefited from the recovery in rough-diamond prices, record proceeds from the sale of exceptional stones, and the improvements we have made in our operations…. Our strengthened operating platform and balance sheet, coupled with the robust rough-diamond market, sets us well for the second half of the year.”

However, the company reported that profit fell by 26 percent to $49.1 million during the period, owing to a loss of $63.4 million due to fluctuations in currency exchange rates.

Produc­tion increased by 2 percent over the previous six months, thanks to the reopening of the Williamson mine in Tanzania in September after a lengthy period of care and maintenance, as well as operational improvements at the Finsch and Cullinan mines in South Africa.

The miner was able to reduce its debt to $152.3 million, down from $228.2 million at the end of June, according to the company.