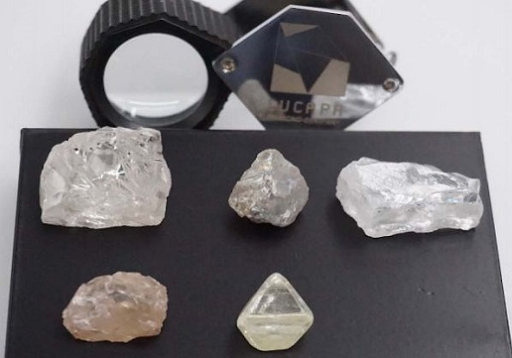 The restart of sales from Lucapa Diamond Company's Mothae mine, as well as a spike in rough prices at the company's high-value Lulo deposit, helped the company's revenue soar in the fourth quarter.

In the three months ending December 31, the miner's revenue from operations increased by 393 percent year on year to $13 million, according to the company's announcement last week. Lucapa owns a 39 percent stake in the Lulo mine in Angola, as well as a 70 percent stake in the Mothae mine in Lesotho.

Mothae did not generate any revenue for the company during the same time period in 2020, but it did negotiate a partnership agreement with manufacturer Safdico for the purchase of rough from that site during that time period. In addition, Lucapa only made one sale of goods from Lulo during the fourth quarter of 2020, as opposed to its usual two sales during this period.

Sales at Lulo increased by 294 percent year on year to $26.1 million during the three-month period from October to December, according to data from the company. The volume of diamonds sold from the deposit increased by 91 percent to 8,158 carats, while the average price increased by 106 percent to $3,196 per carat.

A 39 percent drop in output from Lulo to 3,946 carats during the rainy season, owing to a shift to lower-grade ore, was more than offset by the increase in price, according to Lucapa. During the three-month period, Lucapa recovered 149 stones weighing more than 4.8 carats from Lulo, representing a 50 percent decrease in the number of stones recovered during the same period last year. There were 34 special-size stones with a total weight of more than 10.8 carats among them.

With the sale of 8,207 carats at an average price of $456 per carat, Mothae earned a total of $3.7 million from the sale of diamonds. In accordance with Lucapa's sales agreement with Safdico, all of the goods were sold into that agreement, in exchange for which Lucapa receives a portion of the polished proceeds.

Compared to the same period last year, production from the deposit increased by 22% to 8,033 carats, with 201 of the stones recovered weighing more than 4.8 carats, a 21% increase in weight over the previous year. A total of 40 of those were of a special size.