Kering Reports a "Exceptional" Year in the Jewelry Industry 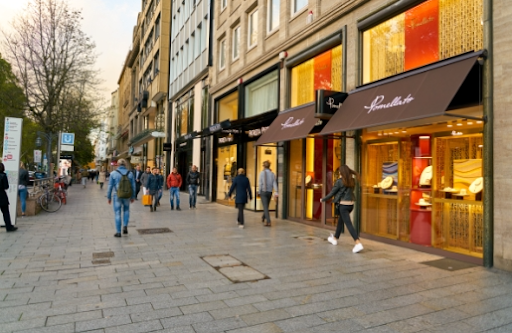 Kering's jewelry and watch businesses experienced substantial sales growth in 2021, as all regions of the French luxury conglomerate's global network experienced a resurgence.

On a reported basis, sales at Kering's "other houses" sector — which includes jewelry and watches, as well as other fashion products — increased by 43 percent in 2012 to reach EUR 3.26 billion ($3.71 billion). Revenue at stores that had been open a year earlier increased by 44 percent compared to the previous year.

Yves Saint Laurent, the owner of the high-fashion businesses Gucci and Yves Saint Laurent, declared on Thursday that "All jewelry houses had an exceptional year," "Boucheron had great success in new areas, Pomellato continued to grow at an incredible rate, and Qeelin experienced tremendous growth."

In reported and comparable terms, group revenues jumped 35 percent to EUR 17.65 billion ($20.04 billion) and increased 11 percent compared to the same period in the previous year. To reach EUR 3.18 billion ($3.61 billion), the company's profit for the entire year increased by 48 percent. Kering reported that online sales increased by 55 percent in the past year, with the penetration rate more than doubling in the last two years. During the year, e-commerce revenue amounted for 15 percent of Kering's total sales, an increase over the 13 percent recorded in 2020, when coronavirus-induced retail closures forced customers to make purchases entirely online.

“All our houses achieved sharp sales rebounds, way beyond their 2019 levels,” stated François-Henri Pinault, CEO of Kering. “All...are stronger than ever before, and we are confident we will extend last year’s momentum in 2022 and in [the] coming years.”