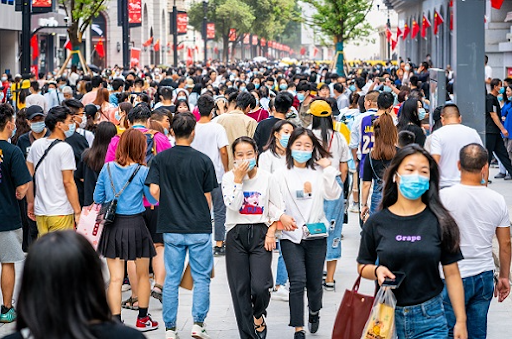 According to a spokesperson for the Shanghai Diamond Exchange (SDE), the total value of polished goods shipped through the bourse increased by 105 percent to a record $2.92 billion, setting a new record. The total volume increased by 96% to 2.8 million carats.

President of the SDE, Lin Qiang, stated, “The historic growth in diamond imports in 2021 proves that the economic fundamentals and underlying factors supporting the long-term development of China’s diamond market remain unchanged, and indicates that China’s diamond imports shall sustain waves of growth for a long time to come,”

The figures also outperformed the previous year, increasing by 58 percent in terms of value and 64 percent in terms of volume. According to the spokesperson, this represents the total value of diamond imports into China for domestic sale, as the SDE is the only channel for shipping polished diamonds at favorable rates of zero percent tariffs and four percent value-added tax.

Since the country's Covid-19 crisis, which occurred in early 2020 and resulted in store closures, consumer spending in China has risen dramatically. Because of travel restrictions, consumption has shifted to the domestic market, with the region's largest jewelry retailers reporting significant increases in 2021 when compared to 2020 and 2019.

According to the National Bureau of Statistics of China, retail sales of gold, silver, and jewelry will increase by 30% in 2021 to CNY 304.1 billion ($47.88 billion). GDP increased by 8.1 percent for the year, reflecting higher income levels and a shift away from manufacturing to a consumption-based economy, according to the State Department of Economic Development (SDE).

Although consumer sentiment appeared to be waning during the 2022 Chinese New Year season, diamond dealers reported sluggish sales compared to the previous year during the holiday season. Economic growth slowed to 4% in the fourth quarter of 2021, according to analysts, who attribute the slowdown to power shortages, a real estate crisis, and measures to contain new coronavirus outbreaks.