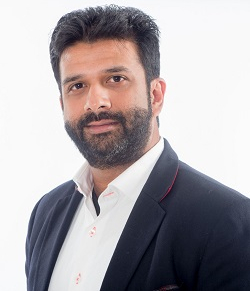 With the addition of Aditya Shah as vice president of sales in its Dubai office, Diamond Foundry has become the second lab-grown producer to make a hire from rough brokerage firm I. Hennig & Co. in the first half of this year.

Shah started working at Diamond Foundry in mid-January, according to a company spokesperson who spoke on Tuesday. The former De Beers executive, Toby Cruse, joined the San Francisco-based business in 2020 as vice president of global sales. Cruse was previously with the company.

The Israeli company Lusix announced earlier this month that it had hired Eyal Axelrod, who previously worked as a rough broker and consultant for I. Hennig.

It's inevitable that some executives will move from long-established natural diamond brands into the [lab-grown] sector, said Arik Sela, managing director of I. Hennig, noting that De Beers and other large companies had also seen a number of executives make the transition. Consequently, some degree of turnover is not only inevitable, but also beneficial.