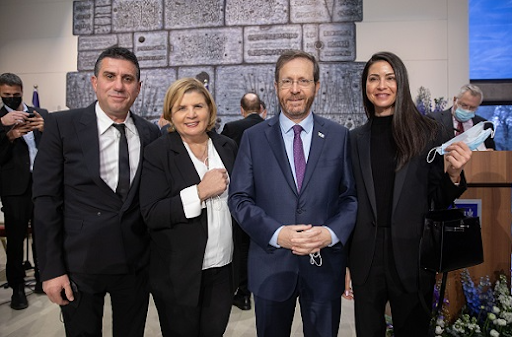 Following the company's shipment of more than $200 million in goods in 2021, Israel's President Isaac Herzog presented the company with an award for outstanding exporter this week.

According to CEO Nissim Zuaretz, the company, which specializes in large diamonds over 3 carats, has more than doubled its exports from 2020, when it shipped approximately $100 million, and from the $70 million it shipped in 2019. The Ministry of Economy and Industry reported in January that Israel's total polished exports increased by 54 percent to $3.65 billion in the previous year.

Zuaretz, a first-generation diamantaire, founded DN Diamonds in 2007 after beginning his career in the industry in the 1990s as a sales representative and progressing through various roles in the pipeline.

He emphasized that DN Diamonds aspires to establish relationships with the best manufacturers and retailers throughout the world. In his words, "it is in our DNA to learn about our clients' cultures as well as their diamond requirements, and to use that information to strengthen our relationship with all stakeholders."

Zuaretz is currently serving as the chairman of the Israel Diamond Manufacturers Association (IDA) (IsDMA). Israel is facing increasing competition from Dubai and other diamond trading centers. In his speech at the president's residence in Jerusalem, he echoed calls for the establishment of a free trade zone in the diamond exchange to combat this competition.

DN Diamonds was one of eight Israeli companies from a variety of industries that were recognized at a ceremony on Wednesday in the category of exports exceeding $150 million dollars. For DN Diamonds, it was the second time they had received the honor.

In Zuaretz's words, "We are proud to play a leading role in the diamond industry, to showcase the beauty [of] and our confidence in this amazing product,"