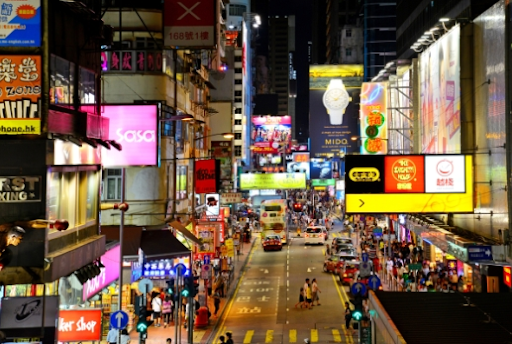 Retail sales in Hong Kong continued to grow at a rapid pace in December, despite the fact that the overall rate of growth slowed from the previous month.

HKD 3.82 billion ($491.1 million) in retail sales of jewelry, watches, clocks, and other valuable gifts for the month of December increased by 24 percent from the same month the previous year, according to data released Monday by Hong Kong's Census and Statistics Department. Sales across all retail categories increased by 6 percent to HKD 33.31 billion ($4.28 billion), compared to a 7 percent increase in November, according to the Hong Kong Statistics Bureau.

“The value of total retail sales increased further...in December along with the continued economic recovery, though the growth pace moderated somewhat from the preceding month,” according to a government spokesperson. “For 2021 as a whole, total retail sales value rose...but was still 27% below the level in 2018 before the recession, as tourism stayed at a standstill.”

The total number of visitors to Hong Kong dropped by 97 percent for the entire year, to 91,398 individuals. According to the Hong Kong Tourism Board, 65,721 of those visitors came from mainland China, representing a 98 percent decrease from the previous year.

In addition to the municipality's ongoing lack of tourism, the government noted that Covid-19's recent resurgence in the municipality has created difficulties for the retail market.

A spokesperson explained that “The latest wave of the local epidemic and the tightened anti-epidemic measures have weighed on consumption sentiment and posed renewed pressures on the retail sector, It is essential for the community to work together with the government to contain the epidemic as soon as possible, so as to create conditions for the continued revival of retail business and the overall economy."