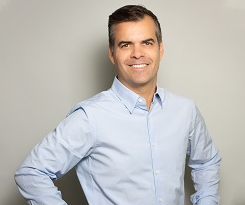 Lusix, an Israeli lab-grown diamond producer, has appointed Eyal Axelrod as its vice presi dent of sales and marketing. Axelrod has extensive experience in rough diamonds.

Axelrod previously worked as a De Beers broker and consultant at I. Hennig & Co., which is one of the world's largest brokerage firms in the natural-diamond market. In his new position in the synthetics industry, he will be responsible for directing Lusix's sales and marketing strategy, as well as for developing new partnerships and promoting the "positive positioning" of lab-grown diamonds around the world, according to the company's announcement last week.

“As Lusix continues to grow, we have an excellent group of leaders at the forefront to help accomplish our vision of being supplier of choice for very high-quality, sustainably grown diamonds,” said Dr. Silviu Reinhorn, the company's chief executive officer. As a result of Eyal's appointment, Lusix will be able to reach new strategic clients while also strengthening our ties with key players in the diamond industry."

Lusix, which was founded in 2016 by inventor and technology pioneer Benny Landa, grows rough using the chemical vapor deposition (CVD) method at its factory in the Israeli city of Rehovot, according to the company. According to Landa, who spoke on the Rapaport Diamond Podcast last year, the company plans to open a second, larger facility in Modi'in, central Israel. Recently, the organization SCS Global Services, which is a standards organization, awarded the company sustainability accreditation.

In addition, Axelrod stated that “After spending many years in the diamond industry, I believe the timing is right to move into the lab-grown diamond market,” “Lusix has always stood out as a well-managed, ethical company. My aim is now to support the growth of the company by developing and leading our sales and marketing strategy globally.”