Alrosa to Purchase From Gokhran Once More 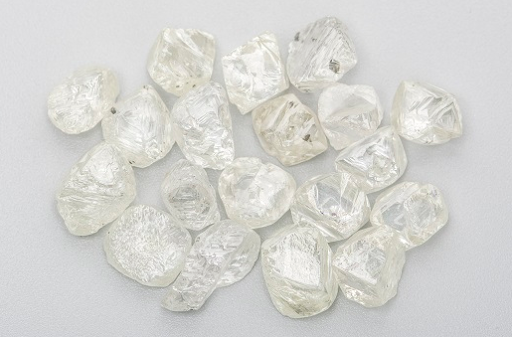 In order to meet demand following a drop in production, Alrosa intends to purchase additional rough from the Russian state depository later this month, according to the company.

“Like in the second half of 2021, Alrosa will participate in auctions hosted by Gokhran to purchase rough diamonds on behalf of its trusted clients,” a spokesperson for the miner said in a statement on Thursday. This will make up for the “global market shortage amid strong demand and limited primary supply,” the company added.

Located within the Russian Ministry of Finance, Gokhran is responsible for storing inventories of diamonds, other gemstones, and precious metals. It holds sales on a regular basis, with the next two scheduled for February 24 and 25. According to listings on the depository's website, one auction will feature 1.3 million carats valued at $41.4 million, while the other will feature 344,678 carats valued at a combined $22.7 million, according to the listings.

Alrosa has struggled to meet the high demand for rough in recent months, owing to operational issues at the company's mines and a scarcity of available inventory. In a statement released on Wednesday, the company stated that it would allow long-term customers to bring their purchase allocations forward, allowing them to access supply sooner than their contracts required. It did not specify how much of the supply could be advanced or for how many months this would be the case.

In addition, the miner will resume the practice of holding tenders for contract clients between trading sessions, which it discontinued in early 2020 due to the Covid-19 pandemic outbreak. According to the spokesperson, recent efforts to accelerate the production cycle will enable the company to provide these additional purchasing options.

According to Alrosa deputy CEO Evgeny Agureev, the decisions come at a time when the rough market is particularly active, as cutters replenish their inventories following the successful holiday season.

According to Agureev, We believe that [the rescheduling of allocations], together with the Gokhran auction slated for late February 2022, will speed up progress in addressing [the] current market deficit,”

Alrosa had previously purchased nearly $100 million in rough from Gokhran in July 2021 in order to alleviate a shortage of supplies. Since then, shortfalls have grown even more severe, with the miner's January sales declining by 24 percent year on year despite strong demand for its products.