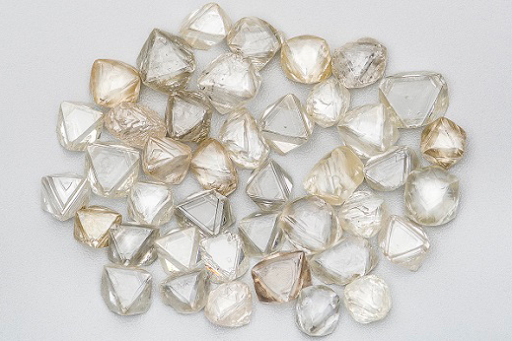 Customers of the Russian miner Alrosa told Rapaport News that supply gaps had grown wider during the company's January trading session, prompting an increase in rough prices of approximately 10%.

As a result, "The industry, especially manufacturers, made a very decent profit in 2021, so they are in a good mood to continue the same volume of business in 2022," a dealer said on condition of anonymity on Thursday. "“There is [also] a shortage of rough in the market. So each manufacturer is chasing rough. "

According to the insider, the price of smaller, lower-value goods increased by approximately 12 percent to 18 percent during the holiday season, reflecting strong US consumer sales in the relevant polished categories during the period. When it came to higher-value items, the increase ranged between 5 percent and 7 percent. Purchasers reported that the average increase was between 8 and 10 percent.

In order to help fill the gap, the company informed customers that a second round of goods would be offered, though buyers were unsure how Alrosa would be able to provide those diamonds. They claimed that the available rough was snapped up quickly during the first round.

Last week's transaction marked Alrosa's first sale under a new long-term supply agreement that took effect at the start of 2022 and will continue until the end of 2030. Those made at De Beers' January location were similar to those made at the current location, which saw sharper increases in the smaller goods and more modest increases in the larger stones.

a“Alrosa ensures that its pricing reflects the current market situation and aims to equilibrate the market,” According to a spokesperson for Alrosa, “All our long-term clients have an opportunity to purchase goods equivalent to the assortment indicated in their contracts. However, it is important to note that currently, in the absence of buffer reserves, our supply matrix mirrors the run-of-mine mix. Together with the seasonality of mining operations, this may result in some assortment volatility, although this will not be significant.”

The company will continue to provide clients with all of the rough that is available, “using extra rounds and spot sessions to supply goods on top of contracted volumes,”" according to a spokesperson for the organization.