Learning About the Four Most Valuable Stones 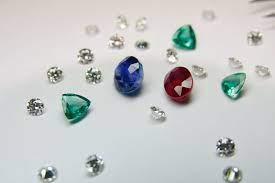 The most valuable and sought-after gemstones in the world are diamonds, rubies, sapphires, and emeralds, respectively. If you or someone you know is interested in purchasing an exceptional engagement ring with an impressive gemstone, the following is some information regarding the fascinating history of these four dazzling gems as well as their distinctive characteristics. 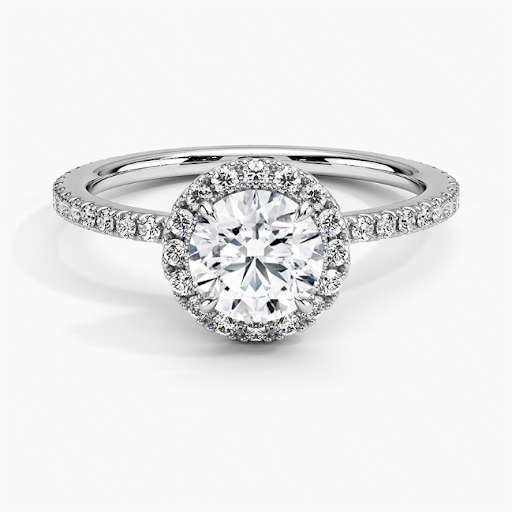 Diamond is the hardest material on earth, and the only substance that can scratch another diamond is another diamond. It also has the highest shine of any transparent gemstone. Its name originates from the ancient Greek word adámas, which can be translated as "unbreakable."

Diamonds have an unrivaled ability to reflect light, especially when illuminated by spotlights that point in specific directions. A diamond ring can be made to sparkle in an infinite number of different ways simply by turning the hand that wears it slightly.

The carat weight, color, clarity, and cut of a diamond are the criteria that are used in the grading process to determine the diamond's overall quality.

In what type of metal setting does a diamond look its best?

The brilliance of diamonds is brought out even further when they are set in any of the noble metals, from gold in all of its guises to platinum.

Diamond is both the traditional birthstone for April and the gem traditionally given to celebrate wedding anniversaries on the tenth and sixty-fifth years of marriage. 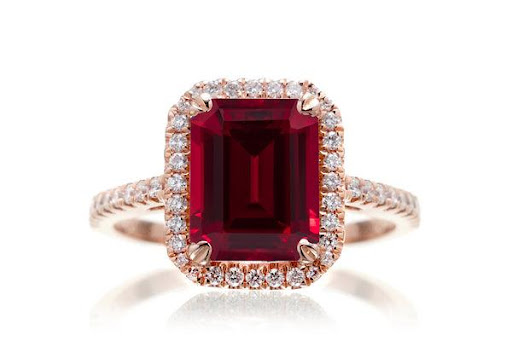 Embers of a Fiery Passion

Ruby is a type of the corundum family and is well-known for the rich red color and brilliant shine that it possesses. Ruby, which has been associated with both love and desire due to the color it possesses, is the perfect romantic gift for a woman who is currently in love.

Rubies of the highest quality have consistently been the most valuable colored gems at auction, setting new records for the highest prices ever achieved per carat.

Be on the lookout for the Silk.

Needles are the name given to the minute inclusions that can sometimes be found in rubies. When they come into contact with one another in clusters, a phenomenon known as "silk" is produced. This causes the color to become more muted, which in turn causes the light to scatter more beautifully across the stone's facets.

In what type of metal mounting does a ruby look its best?

The vibrant red color of the ruby can look beautiful when combined with any shade of gold, including white, rose, yellow, and even platinum.

The month of July's birthstone is the ruby, which is also the traditional gem for the fifteenth and fortieth anniversaries of marriage.

Emerald is the precious stone that best exemplifies rebirth and perseverance because of its vivid hue of green and its unrivaled color depth, both of which are characteristics that are found in only a select group of other gems.

Throughout the centuries, the rich green stone has been a source of fascination for members of royal families. Cleopatra, the well-known Queen of Egypt, adored wearing emeralds due to their lush appearance and could often be seen doing so.

The precious stone frequently possesses intricate inclusions known as jardins, which is the French word for gardens, and these inclusions make it more difficult to cut the gemstone. Because of this, gem cutters have developed a unique cut known as the emerald cut, which results in the stone having a rectangular or square shape.

In what type of metal mounting does an emerald look its best?

The brilliant green hue of an emerald is typically brought out to its fullest potential when it is set in yellow gold; however, platinum and white gold also achieve this result.

Emerald is the birthstone for May as well as the anniversary gem for both the twentieth and the thirty-fifth year of marriage.

Sapphire: The Charmer of Cobalt 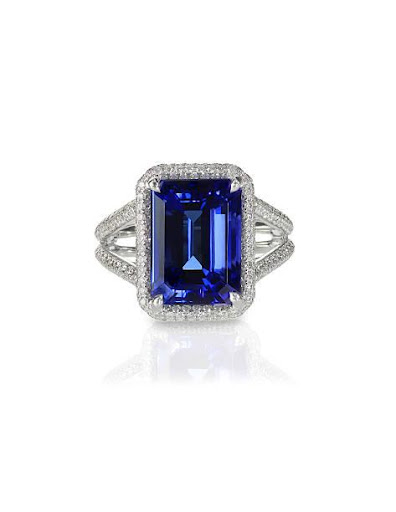 Not Just in Blue

In their natural state, sapphires are colorless to colorless, but when trace amounts of titanium and iron are present, they take on a velvety blue color. The term "fancy sapphires" refers to a more limited variety of sapphires that can be found in a wide range of colors, from green to pink and even black. The only color other than red sapphire, which is the ruby, is red.

Jewels of the Crown

The sapphire engagement ring that belonged to Diana, Princess of Wales, before she passed away and that is now worn by Catherine, Duchess of Cambridge, is widely considered to be the most famous example of its kind in the world.

In what type of metal mounting does a sapphire look its best?

The regal hue of this precious stone is brought out to its full potential when set against any of the four colors of gold: platinum, white, yellow, and rose.

In addition to being September's birthstone, sapphire is also the traditional gift for fifth and forty-fifth wedding anniversaries.