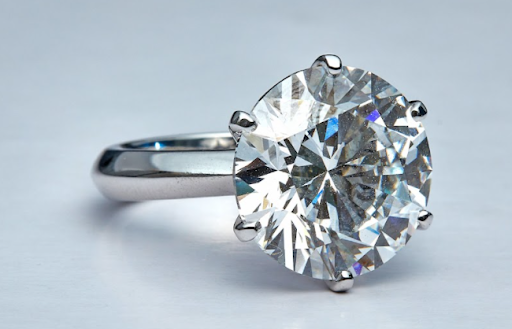 Even in today's hectic world of constant rushing around, the small sparkle of a diamond allows you to take a moment to pause and forget about your worries about the rest of the world. Take a deep breath and marvel at its enchantment for a split second. The sparkle of a diamond can soften a heart, and even if it is only for a brief moment, it can make you feel as if you are a part of a fairy tale world. But what is it about diamonds that makes them so coveted? Take a quick trip down memory lane to learn about diamonds.

Diamonds have a mesmerizing quality to them. Almost everyone who comes into contact with them is taken aback. In these hectic days of constant rushing, the little sparkle allows you to take a moment to breathe and relax. For a split second, you can forget about the stresses of the world and breathe a sigh of relief as you take in the sights and sounds of nature. The sparkle of a diamond can soften a person's heart. Even if it is only for a brief moment, it can make you feel as if you are a part of a magical world.

A Long-Held Fascination With Diamonds

Do you ever wonder where this incredible thing came from? We have to go back to the 4th century BC in order to learn more about its history. According to the majority of theories, diamonds were first discovered in India. In the beginning, diamonds were only traded in India because of this. It wasn't until 327 BC, when Alexander brought the first diamonds to Europe, that diamonds swept the continent.

From Rough To Polished

It must first undergo a process of refinement before it reaches its dazzling quality. The journey of a diamond begins in the deepest layers of rock in the earth's crust. The stones are flung from their cradle when the ground is violently shook and rumbled, whether naturally or by humans. Cutting and polishing are two of a number of processes that the diamond undergoes after being extracted from its "bed." The diamond can only be seen in person at a jeweler's shop once these steps have been completed. Once the finishing touches are applied, the once rough and jagged stone transforms into a magical gem that sparkles and glistens.

A variety of new shapes and designs were created as diamonds became more widely accepted. It was around this time in 1375 that the Point Cut appeared, one of the first designs. The diamond's natural shape was perfectly matched by this design. Natural well-shaped diamonds were the only predecessors of the Point Cut. They weren't worth a second glance if they came in rough and jagged. For one thing, there were no cutting masters available to shape it.

It was obvious that it was gaining in popularity, especially among the wealthy. Everybody seems to be in a good mood thanks to this sparkling beauty that seems to bring happiness to everyone's face. More information about its properties and handling methods has emerged during this time period, leading to the creation of near-perfect pieces. This is still the most valuable gemstone in the world, and it appears to have remained so for centuries.