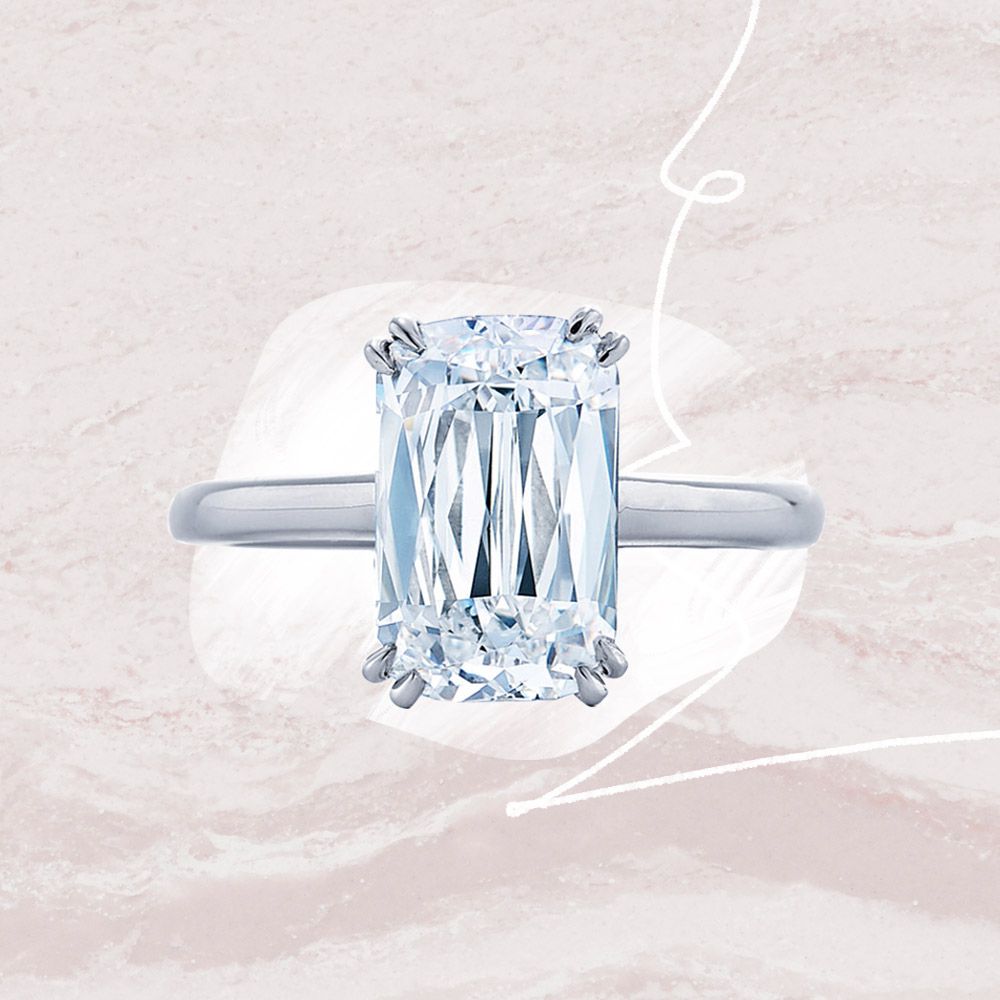 What Exactly Is the Ashoka Cut?

The Ashoka cut is a modified cushion cut with rounded corners and a rectangular shape.

Because they require a large rough diamond—at least three carats in size and essentially flawless—Ashoka-cut diamonds are extremely rare. Only about 10% of all rough diamonds mined each year have the potential to be carved into an Ashoka cut.

Pros and Cons of an Ashoka-Cut Diamond

Ashoka-cut diamonds are an excellent choice for the bride seeking a unique and exclusive ring. These diamonds have an added sparkle to them, making them stand out. An Ashoka-cut diamond "looks 30%-50% larger than an emerald cut diamond of the same carat weight," according to Kwiat.com, one of the few retailers carrying this patented diamond. This cut also has more facets than a traditional round brilliant cut diamond, making it appear more impressive. The round brilliant cut has 58 facets, while the Ashoka-cut has 62.

However, rarity has a cost. In the world of engagement rings, Ashoka-cut diamonds are known to be one of the more expensive cuts. Nonetheless, the time spent perfecting this diamond and its quality makes this cut worthwhile.

What to Look for in a Diamond with an Ashoka Cut

How to Take Care of an Ashoka-Cut Diamond

This cut may be rare, but it requires no special care beyond that of any other diamond. Fraser suggests soaking it in warm water with mild dishwashing liquid and scrubbing gently with a soft toothbrush. Having your jeweler inspect the setting once a year to ensure the prongs are in good condition.

The Ashoka-cut diamond has a long history, which adds to its allure. The legend of the original Ashoka diamond dates back to the third century B.C., when a legendary 41.37 carat, D color diamond was named after Ashoka Maurya, one of India's greatest emperors. Today's Ashoka cut was introduced in 1999 by diamond dealer William Goldberg, who has since patented and perfected it. Ashoka was an Indian warrior-turned-leader who believed that the true path to enlightenment could only be achieved through tranquillity, and his namesake stone cut is said to 'banish sorrow.'