A Brief History of Pink Sapphire 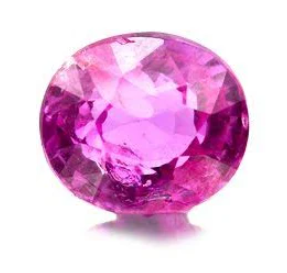 Pink sapphire is a beautiful gemstone that’s been treasured for centuries. It has a long, exciting history in both the world of gemstones and in the world of fashion. If you’re thinking about buying a pink sapphire ring or necklace, here are some interesting facts about this gorgeous stone:

Pink sapphire has a long, exciting history in both the world of gemstones and in the world of fashion. In this section, we'll look at its historical origins and how it has been used over time.

The first recorded use of pink sapphire occurred during the late 1500s when Portuguese explorers traveled to Sri Lanka (then known as Ceylon), where they discovered deposits of fine pink crystals. These crystals were so prized that they became known as "Ceylon rubies," even though they didn't contain much ruby at all—they were essentially pink quartz with very low levels of iron oxide. Still, these stones were considered magnificent treasures by Europeans at the time, who wanted nothing more than to own them for their beauty and rarity (and maybe their magical powers).

From there on out, pink sapphires have continued to be popular throughout history—both because they're stunningly beautiful and because people continue to believe that they might be able to grant luck or protection from harm if worn around your neck or wrists!

Lightly colored stones with such names as “cotton candy” and “fairytale pink” are less expensive because they tend toward a pale yellowish-green tint.

Sapphire is the birthstone for September, and sapphires are an ideal wedding anniversary gift for the 5th year anniversary.

The color of sapphire ranges from blue to violet and it can be found in many different hues. The most sought-after color of sapphire is called Kashmir or pigeon blood red. Other popular colors include yellow, orange, green and pink.

Sapphires are very durable gems that will not lose their luster or shine over time like some other gemstones do when exposed to sunlight and chemicals (such as peroxide). This makes them a great choice for engagement rings!

Sapphires symbolize innocence and loyalty and make a beautiful choice for an engagement ring.

Sapphire is the birthstone for September, and was believed to bring good luck, long life and prosperity to those who wore it. The ancient Greeks believed that sapphires were the tears of the gods, fallen from heaven during a storm on Mt. Olympus. Sapphires symbolize innocence and loyalty, making them a beautiful choice for an engagement ring.

Sapphire has been known since antiquity as one of the world's most precious gemstones because of its natural beauty and durability. Sapphires are often associated with royalty due to their deep blue color; however, they can also be found in shades ranging from grayish-blue to violet purple or even pink hue depending on their origin.

Although it’s less popular than its cousin, blue sapphire, pink sapphire is a stunning gemstone that’s been treasured for centuries.

Pink sapphires have been worn by royalty and commoners alike since the ancient times, and they continue to shine as one of the most sought-after varieties of sapphire today.

The color of pink sapphires ranges from pale pink to deep reddish-pink with very little in between those two extremes. The color can vary depending on where they were mined or even how they were cut because each stone will have unique properties.

Pink sapphire is a truly beautiful gemstone that has been treasured for centuries. It’s not as popular as its cousin, blue sapphire, but it deserves just as much attention. If you’re looking for an engagement ring or wedding band with a little extra sparkle, consider choosing pink sapphire instead of diamonds or other gems. We hope this article has inspired you to learn more about the history and beauty of pink sapphires!