4 Reasons Why Red Garnet is the January Birthstone 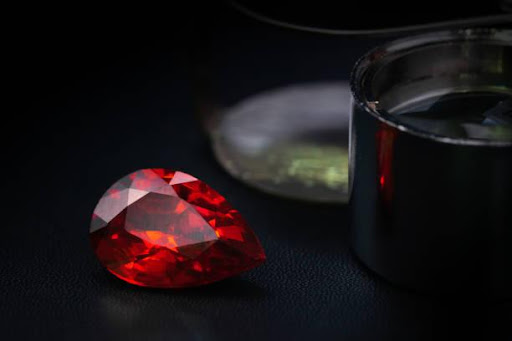 As you can see, red garnet is a beautiful gemstone that has been used as a symbol of love and devotion for centuries. It's also one of the most common birthstones, so if you're looking to make a statement this year with an eye-catching piece of jewelry, then it just might be time to make your first trip down to the local jeweler!

We're starting off this month with a gemstone that's a bit underrated. It might not be as popular as some of its fellow January birthstones, but it's still going strong. Red garnet is actually an amazing choice for any type of jewelry, but it tends to get overshadowed by more popular options like emerald or sapphire. So why is red garnet such a great choice? Here are just a few reasons why you should definitely consider it if you're looking for something new!

The red garnet is the most common type of garnet, which is found in the US and Canada. In addition to these countries, it can also be found in Australia, Russia, Brazil and India.

In addition to its popularity as a birthstone for January babies who were born on January 1st or 2nd (the first day of winter), it's also commonly used as an engagement ring stone because it symbolizes love and loyalty between two people. It’s also one of four gemstones associated with each cardinal direction: ruby for east; sapphire for west; emerald for north; diamond for south.

It is associated with healing powers.

Another reason why red garnet is the January birthstone is because of its association with healing. Red garnet is associated with the heart chakra and its energy is believed to help with blood flow, which in turn helps with healing wounds both emotional and physical. The stone has also been used by Native Americans as a symbol of courage, strength, and love.

It was said that if you put a piece of red garnet under your pillow before going to sleep at night it would protect you from bad dreams or nightmares.

It is a symbol of life.

The color red is a symbol of life. It can be seen in blood, fire, and the sun. Red garnet represents this symbolism in its appearance and its purpose as a birthstone for those born in January (the first month of the year). There are many other ways to celebrate the holiday season with red garnet too!

It represents purity and truth.

Red garnet is the birthstone for January, and some say that it symbolizes purity and truth. In ancient cultures, garnet was thought to have healing powers because of its cherry red color. In fact, many people believed that wearing it would help stop bleeding during childbirth or menstruation.

Red garnet is often used in jewelry because it's one of the most common types of garnet available today. It's also a popular gemstone for its deep red color that looks elegant on any skin tone.

Red garnet isn’t as popular as diamond, but it still has interesting characteristics.

Red garnet is a very common gemstone. It has been used since ancient times and was highly prized by the Egyptians, Greeks and Romans.

The color red symbolizes life, purity and truth. Red garnet is associated with healing powers such as curing fevers, boosting the immune system and improving blood flow to the heart.

In Egyptian mythology, red garnet represented fire and was associated with the sun god Ra because of its bright coloration during sunrise or sunset when viewed through glass shard eyeshields worn by warriors in battle against their enemies who were trying to steal their gold (which looked like garnets).